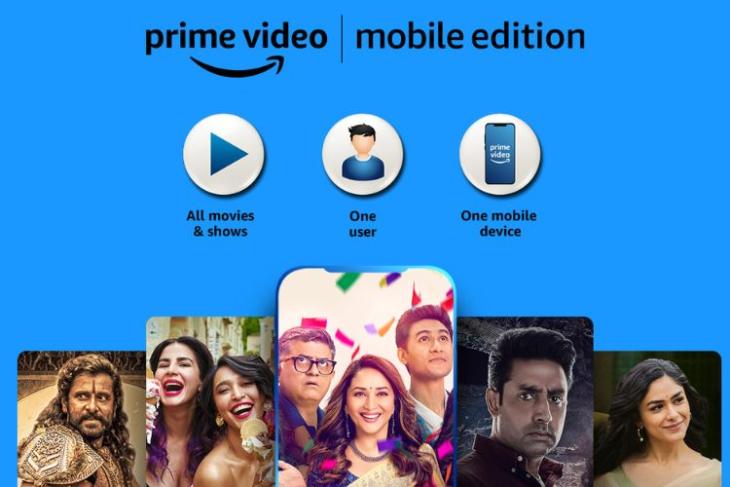 Amazon has introduced the Prime Video Mobile Edition annual plan in India. This comes after the OTT platform got a mobile-specific plan on a monthly basis last year. The plan competes with the likes of Netflix’s mobile plan, which by the way is a monthly offering. Check out the details below to know more.

The new Prime Video Mobile Edition is priced at Rs 599 a year and works on a single mobile device. It provides access to SD-quality movies and shows, Amazon Originals, LIVE cricket, and much more. The plan also offers Amazon Prime Video-exclusive features like X-Ray and offline viewing.

One thing to note is that the plan doesn’t include other benefits like access to Amazon Music, unlimited free and fast delivery, early access to Prime deals, ad-free music, Amazon Prime games, 5% reward points on Amazon Pay-ICICI credit card, and more.

Netflix’s mobile-only plan, on the other hand, costs Rs 149 a month and lets you watch movies and shows in SD quality on a single mobile device. There’s an option to download the content too.

Commenting on the launch, Gaurav Gandhi, Vice President, Prime Video India said, “Guided by our mission of making high-quality entertainment even more accessible across the country, we are excited to launch Prime Video Mobile Edition’s annual plan. This worldwide-first innovation saw an incredible response from Indian consumers when we launched via a telecom association last year, and building on that success we are extending its access, with it now being made available directly for subscription through Prime Video’s app and website.“

For those who don’t know, the Amazon Prime Video Mobile Edition was earlier launched in collaboration with Airtel at a starting price of Rs 89 a month. The added perk included the benefits of Airtel prepaid plans that started at Rs 89. Airtel also provided a free trial of the Mobile Edition plan but this was eventually discontinued.