Which are the best word games to play on mobile in 2022? Well, the thing about word games is that they’re pretty timeless. People have always had fun making a game out of the building blocks of human communication, and they always will. The advent of mobile gaming has merely given us a new platform through which we can enjoy this age-old activity.

Your opinion about which are the best word games on mobile will vary depending on whether or not you like playing games with friends. The games in this article cover both grounds. We have some recommendations which are ideal for anybody who wants to enjoy a quiet game on their own, and some which are ideal if you want a bit of multiplayer fun.

Some of the games on this list are things which precede the digital medium (like crosswords or word search games), while others are new additions like Wordle, which might have only been created recently, but which people are sure to play variations of for years to come. They’re not just good word games, but among the best puzzle games overall.

Now, let’s get into it. These are are the best word games on mobile: 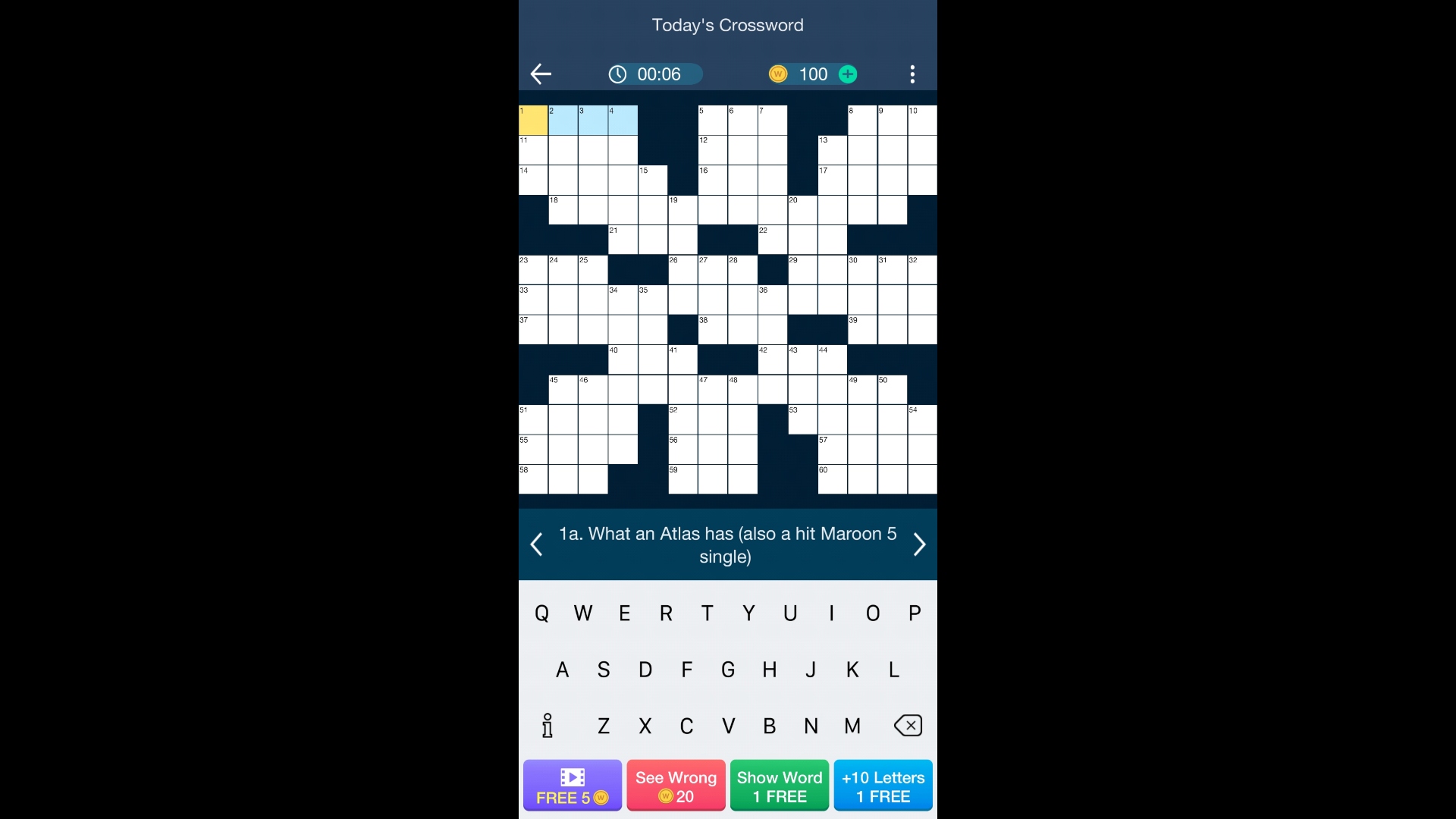 The previous entry on this list gives us a modern spin on the crossword formula, but what if you don’t want a modern spin? What if you just want to enjoy regular old fashioned crossword puzzles on your phone? Well, in that case, Daily Themed Crossword Puzzles is a game you’re going to want to download.

Each day, you’ll get a new crossword puzzle to do, which could be ideal for anybody who’s looking for a way to fill their morning commute (or to unwind on their journey home). You can earn coins by watching adverts, which can then be used to unlock additional puzzles, or even to get clues if you’re stuck (unless, of course, you consider that cheating). It’s pretty much the best way to enjoy crossword puzzles on your phone. 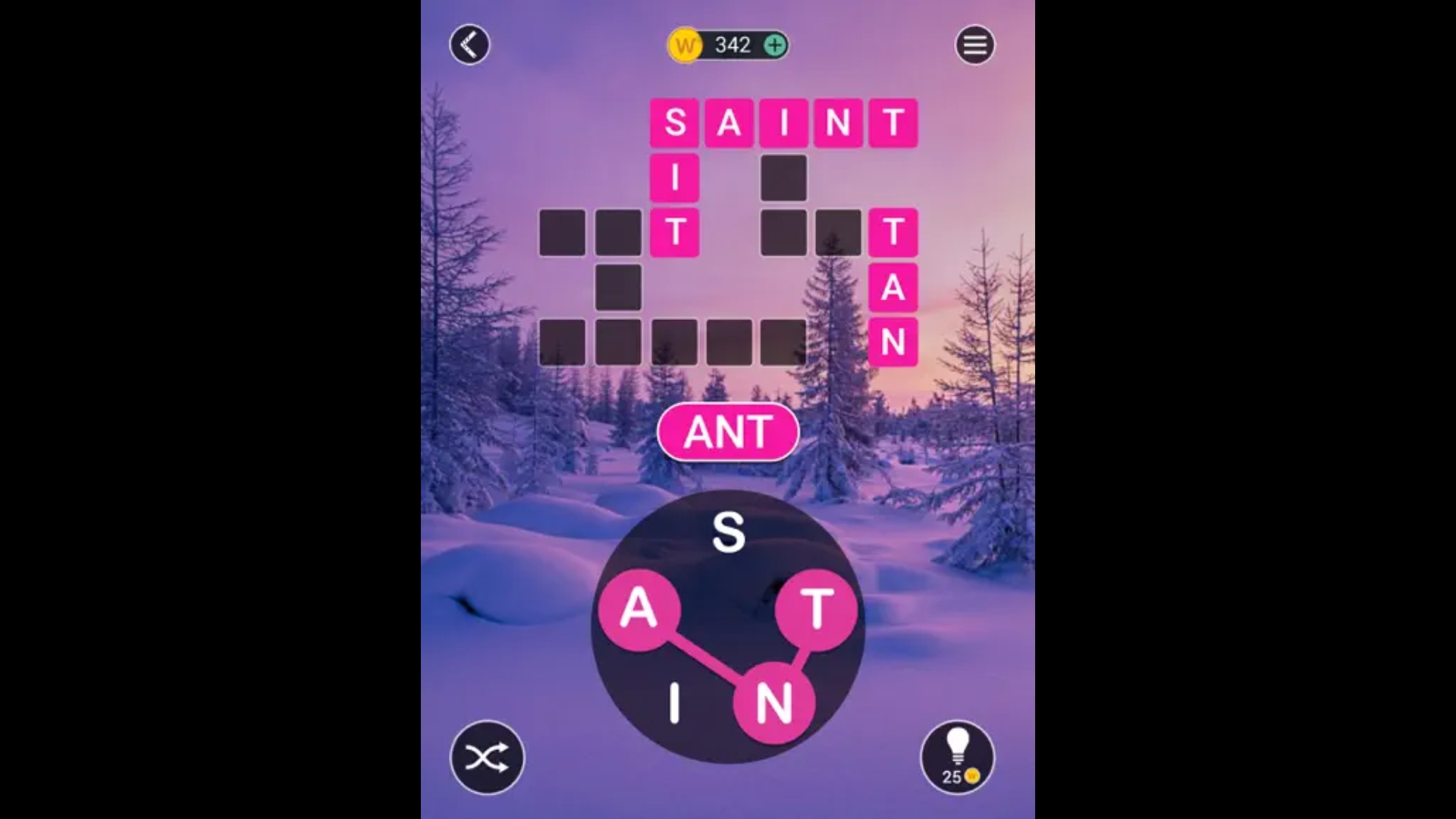 This is a game that takes the classic crossword formula and breaks it down into bite-sized chunks that you can enjoy whenever you have a minute or two to kill. Each puzzle gives you roughly three to five words to guess, and you have only a small number of letters that might appear in those words.

All of your available letters appear in a little ring at the bottom of the screen, and then you swipe your finger between the different letters to make different words. Some modes have prompts to help you guess the word more easily, and there’s an enormous pool of puzzles to get through. The addition of a leaderboard just gives further incentive to keep coming back. 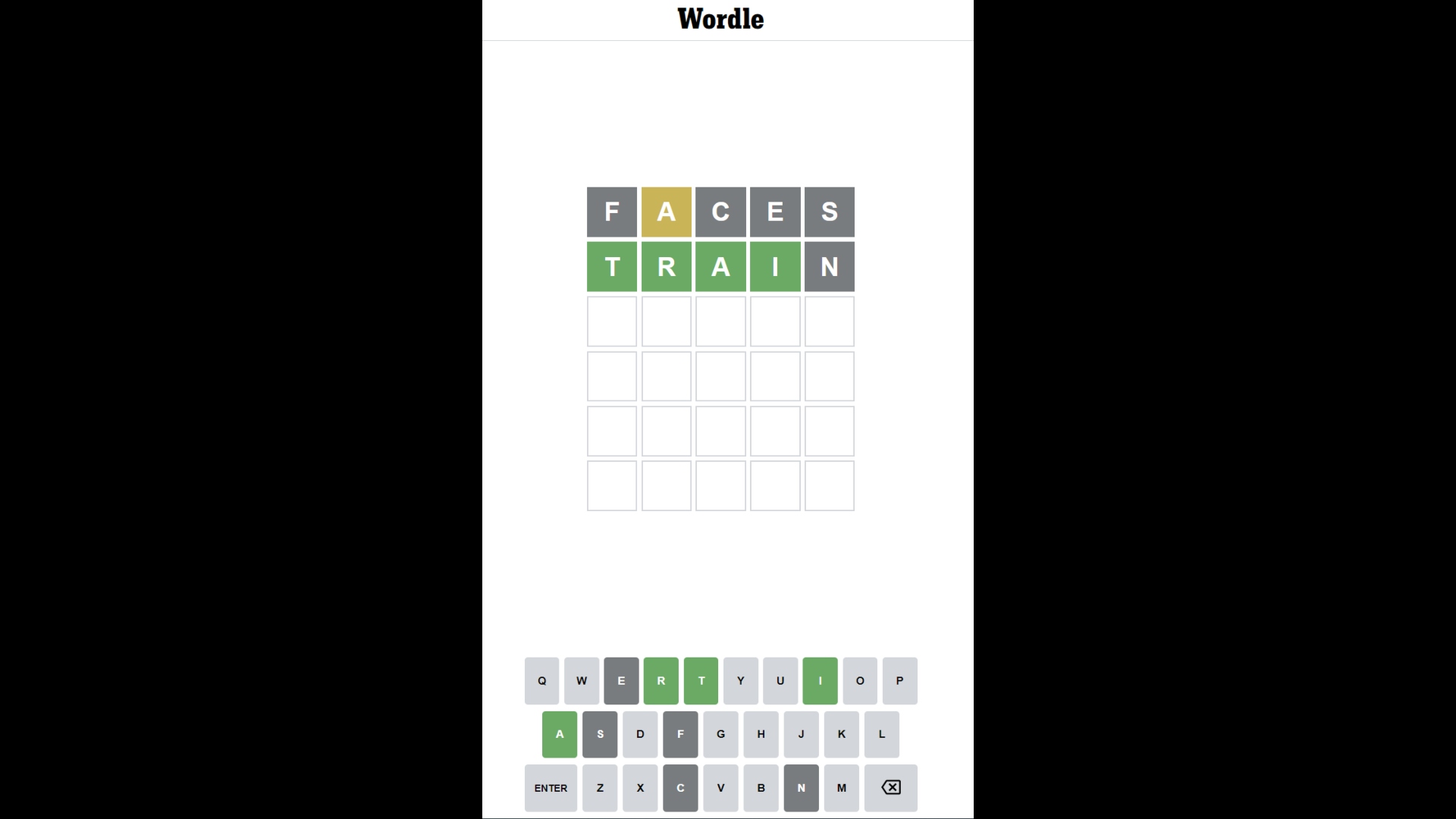 This is a game that we’re sure you’ve already heard of, and you don’t even need to download it – you just play it on the official Wordle website. If you’re one of the few people who don’t know what this game is yet, let us explain: in Wordle, each day you’re given a five-letter word to guess, and you have six guesses, with each guess letting you know if any of the letters in your word were in the actual word, and whether or not you got them in the right places.

Though there’s only one word to do each day, there’s a lot of fun to be had in comparing your scores against your friends. Getting the right word in just two or three guesses can be a very satisfying feeling too, especially if it’s a really strange or obscure word. It’s easy to see how it went on to inspire so many other games like Wordle. If you’re having trouble, take a look at the answer for Wordle today. 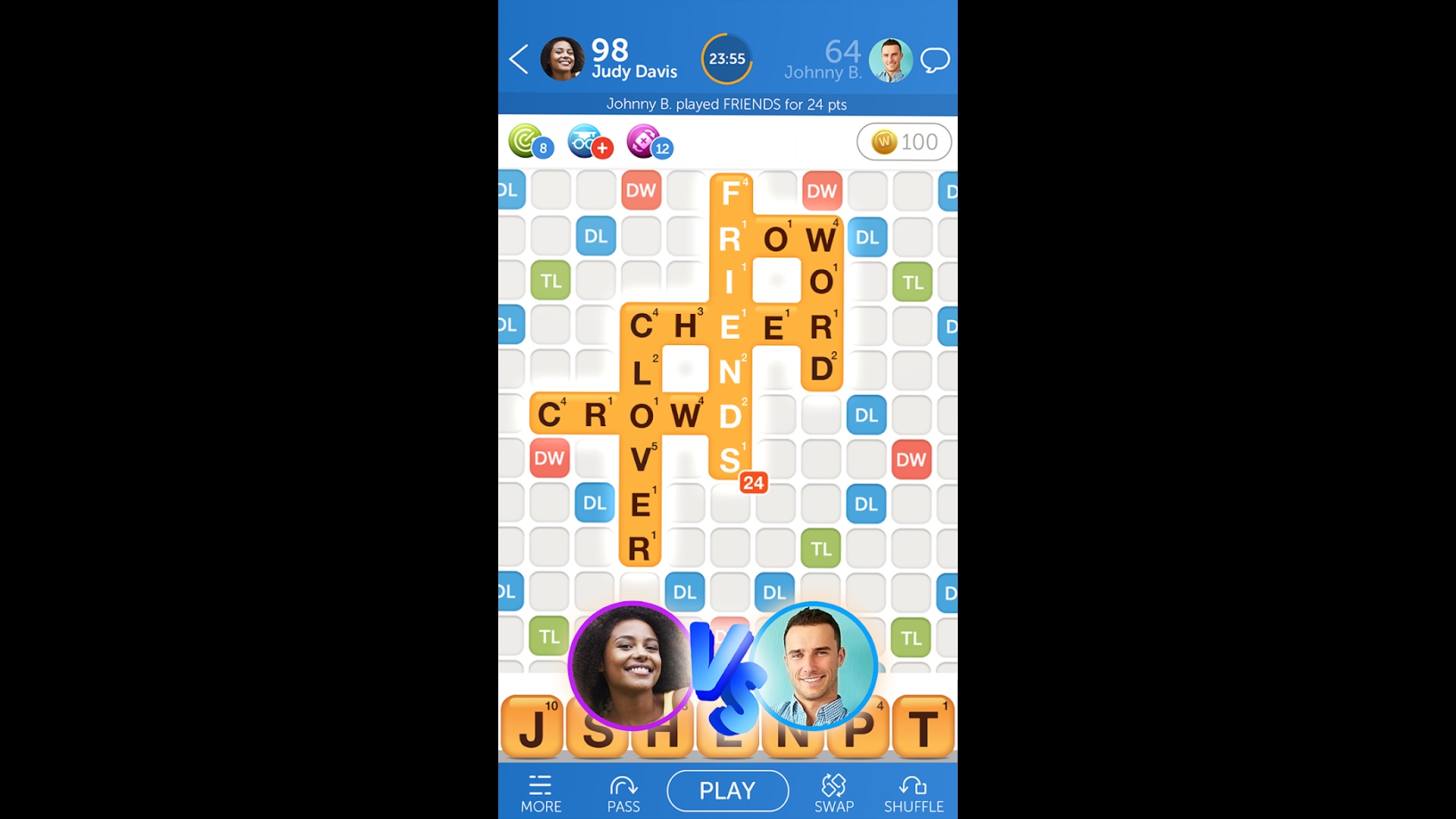 Looking for a word game to play with your friends? I’m sure the title has given you a clue that this is exactly what this game is. It’s essentially the same as Scrabble, but it’s a digital version of it that’s very much oriented around social play. You can link it with your Facebook account so that you can play against your friends (with browser options available for anyone who doesn’t have the app), or you can do random match-ups, or even play against a computer player.

The gameplay sees you given a random selection of letters (which are worth different amounts of points), which you then need to place onto a grid to spell words. After the first word has been placed, you and your opponent build outwards around it to see who can come up with the highest-scoring words. It’s a fun, casual game that anybody can enjoy. 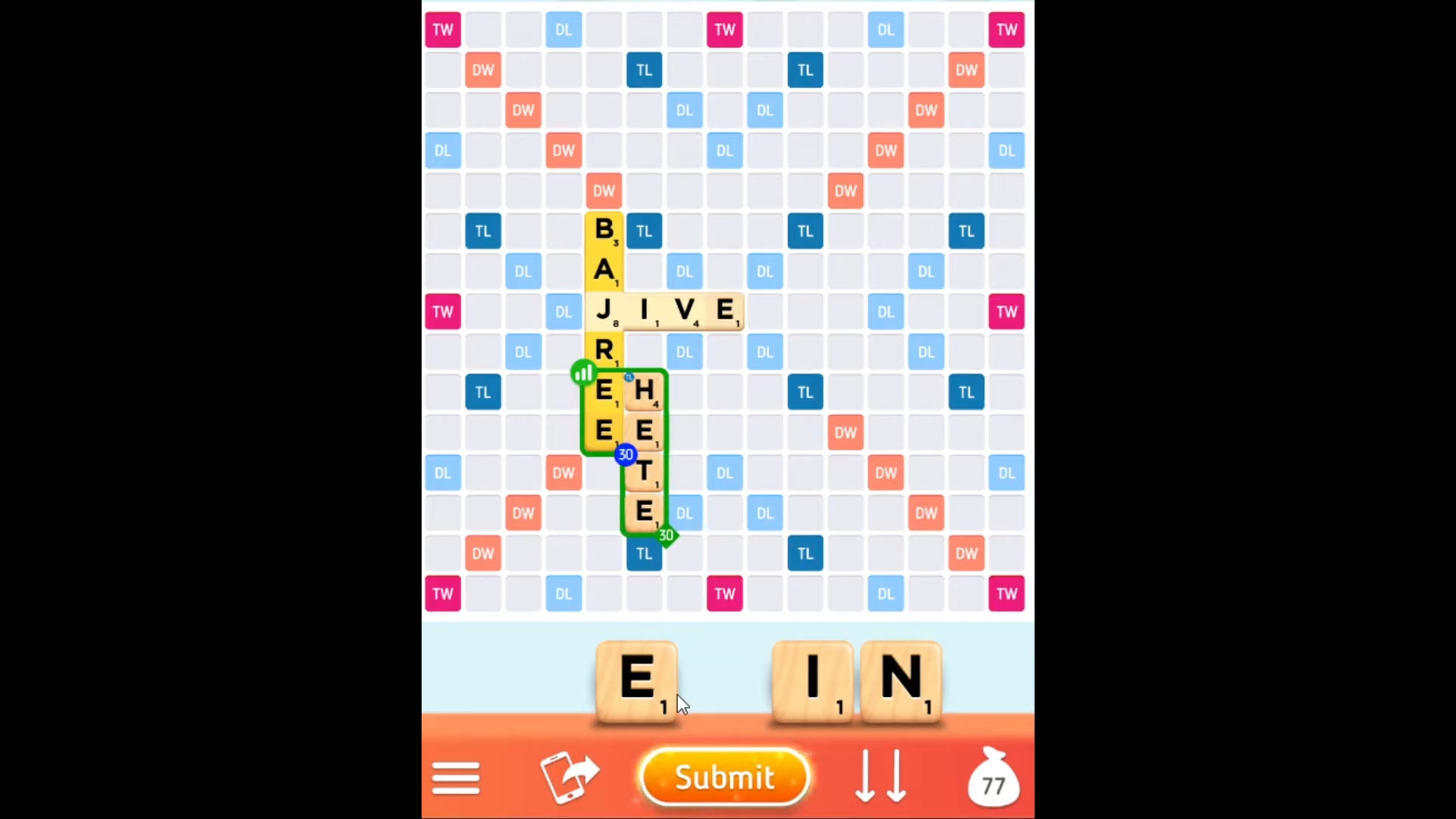 As we mentioned, Words with Friends draws heavily from Scrabble, so it would seem a little unfair not to mention Scrabble itself, which does have its own app. The mobile version of the game is much the same as the board game version (except that you can get it for free), and comes with the Scrabble dictionary built-in. You can have several games on the go at once, and if you want, you can even watch adverts to get new tiles – something which some fans are sure to find controversial. 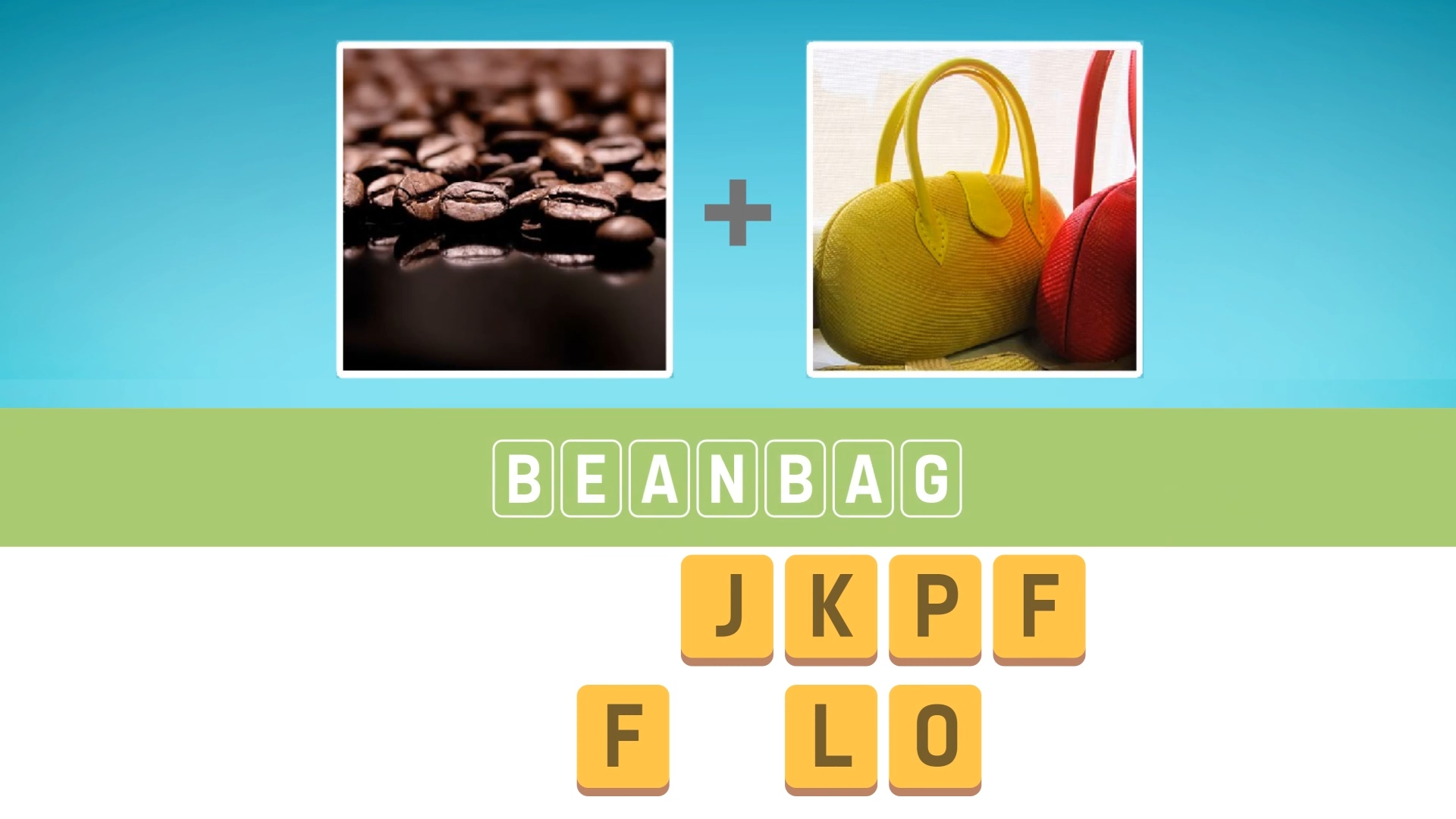 Pictoword is built around a simple premise: you have to guess a word and are given two pictures which give you a clue as to what that word might be. As a very simple example, you might have a picture of a sand dune and a picture of a witch, and the word, of course, would be sandwich. Some of them are as easy as that one, but others are much more challenging.

Each word you guess successfully will earn you coins, and these coins can then be spent on clues for later words. With each new word that you have to guess, you’re given a random selection of letters, and you can spend coins to get rid of any of those letters, or you can spend coins to outright tell you what one of the pictures is hinting at. It’s a game that makes you think in a slightly different way to other word games, and one we definitely recommend. 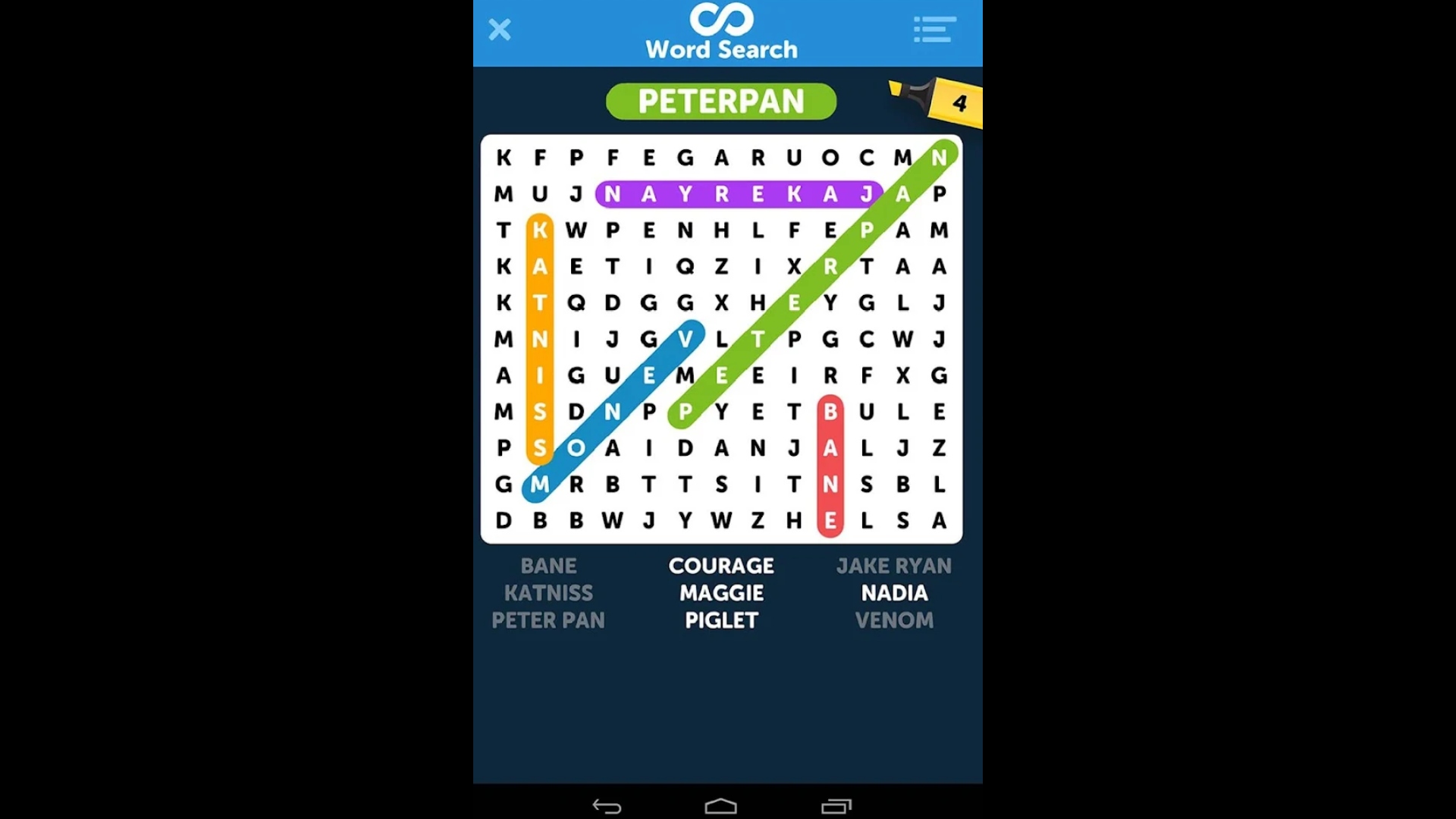 Since they’re a little simpler than the likes of crosswords, word searches have more of a universal appeal, and Infinite Word Search Puzzles gives you an endless supply of them. The word searches are broken down into different sections, like brands, celebrities, characters, and movies, allowing you to find puzzles that are better suited to your area of expertise.

Although you might not think of word searches as a multiplayer experience, Infinite Word Search Puzzles does indeed have a multiplayer mode. You and your opponent play in real-time and whoever finds the most words wins, giving a new way to play with this classic formula. 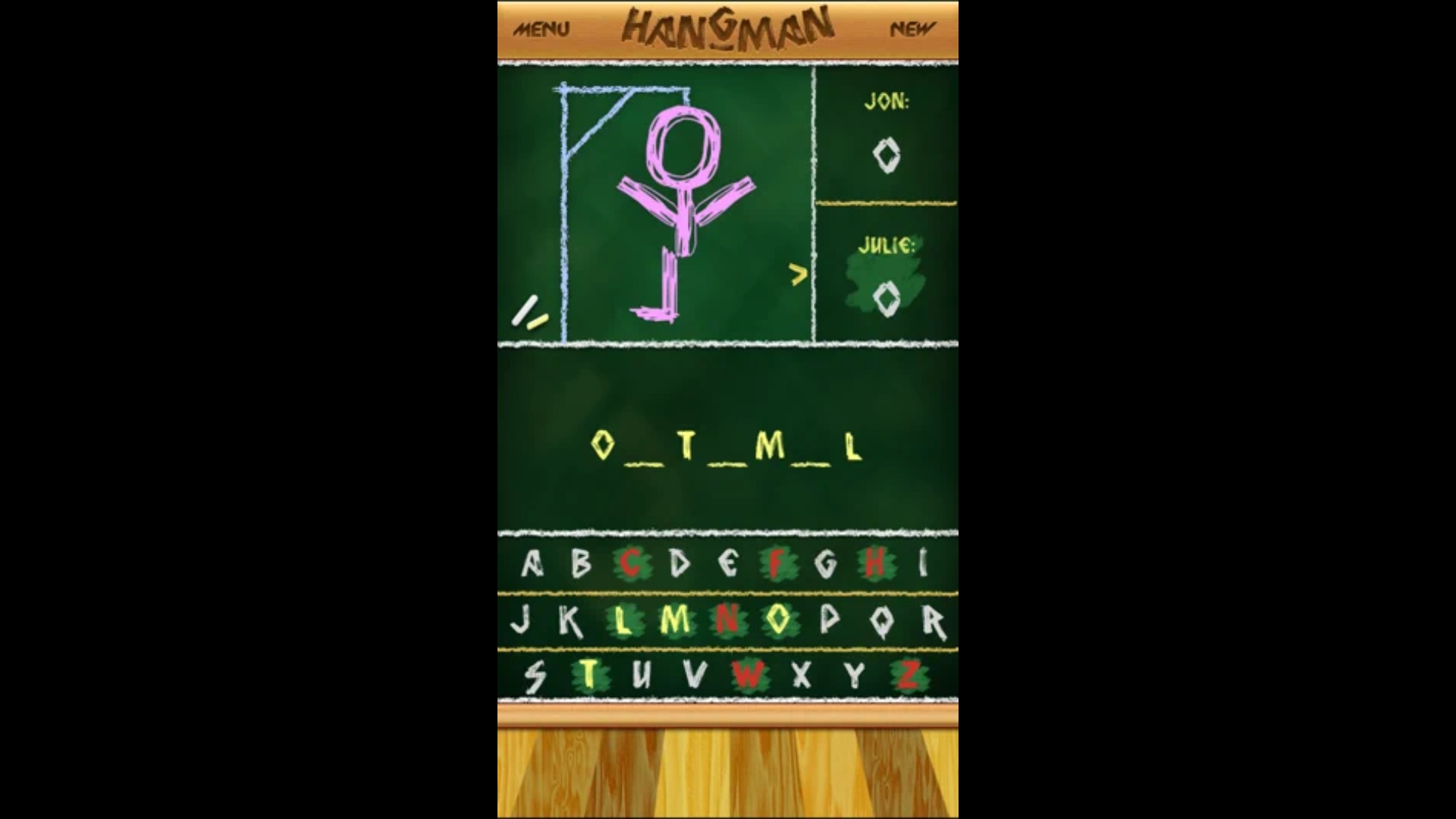 “Hey, I know what will be fun – guess what word I’m thinking of or I’ll hang you by the neck until you die” might sound like a nightmarish scenario in real life, but Hangman is a fun word game that pretty much everybody has played at some point. You better believe that it’s been adapted into a mobile phone game.

You can play against a friend, or you can play against the computer, with the option to choose difficulty levels and different categories. Hangman is pretty much the OG of word games, so many fans of the genre will appreciate having it on their phone.

Have you played any of these games before? We hope we’ve been able to introduce you to at least one game that will bring you many hours of joy. For more of our recommendations, take a look at our guide on the best mobile games and the most addictive games on  mobile where we’ve picked a list of fantastic games across all genres.