We’re all about the planet at PT, we love the world we live in (when our species isn’t making inhumane decisions), so anytime a developer decides to tackle climate change through games, we just have to know about it. And, it turns out that Electronic Arts, Disney, and Kabam veterans are keen to make a stand through their new studio, Carbon Counts.

Not only that, Carbon Counts’ EverForest just so happens to be the team’s first project, which at its heart is a play-to-plant mobile game, as the studio intends to plant 100 million trees through in-game mechanics and real-world engagement. A truly worthy cause, and it’s great to see a new company immediately seek to make a positive impact on the world.

“Worldwide, the vast majority of people care deeply about climate change, but feel powerless to do anything about it,” Carbon Counts CEO and co-founder Michael Libenson says. “At Carbon Counts, we are harnessing the power of play to enable each person to make a small difference such that in aggregate we all can create transformative impact.”

EverForest is an upcoming mobile game that invites you to explore and rebuild forests together with other communities. In the game, you get to unravel mysteries and discover the stories behind each tree. Over time, you get to unlock cute animals, new plants, and watch a wholesome story unfold. 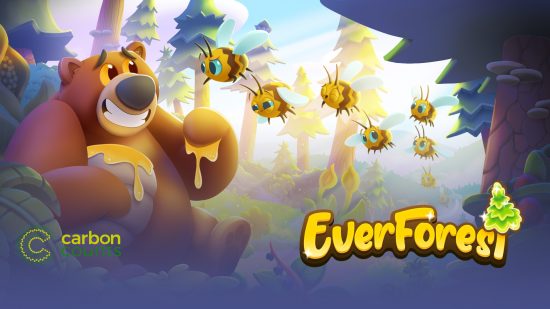 For now, there’s no EverForest release date. However, you can join the EverForest Alliance to get early access to the game.

Should you need something to play in the meantime, you can go on some grand adventures with our best mobile RPGs list.