For a fresh adventure through the digital world, it’s only right the roster of Digimon Survive is made up of original characters, standing apart from the anime and previous titles. So, if you want to get off to a good start, you’re going to have to get to grips with the new crew early in the game, before embarking on your journey with good old Agumon.

We’ve put together a Digimon Survive characters guide, with all the need-to-know information on the core cast of your post-apocalyptic monster-taming mission. Of course, we’re still a little in advance of Digimon Survive landing on Switch, but when it does, we’ll be back to update this guide with story information on all the characters, as well as adding any we might not know about yet.

Despite visual similarities between the cast of Digimon Survive and some classic characters from the anime, all the heroes of this story are brand new to the adventure. As we’re still in advance of release, we’re not exactly sure how the characters grow throughout the story, and what roles they play, so bookmark this page and check back for more detailed information following the Digimon Survive release date. 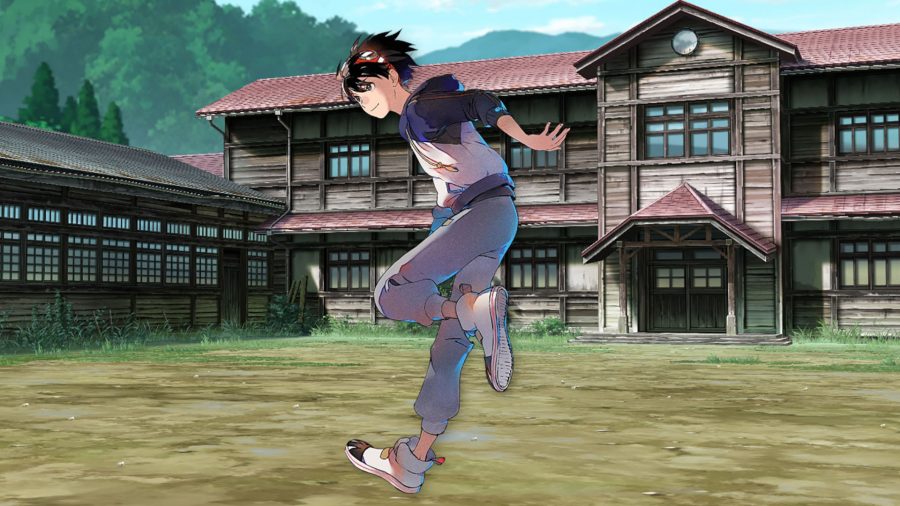 Takuma is Digimon Survive’s protagonist, equipped with his trusty partner Agumon. Like most of the kids who make up the cast of Survive, Takuma is in the 8th grade, making him about 13-14 years old. 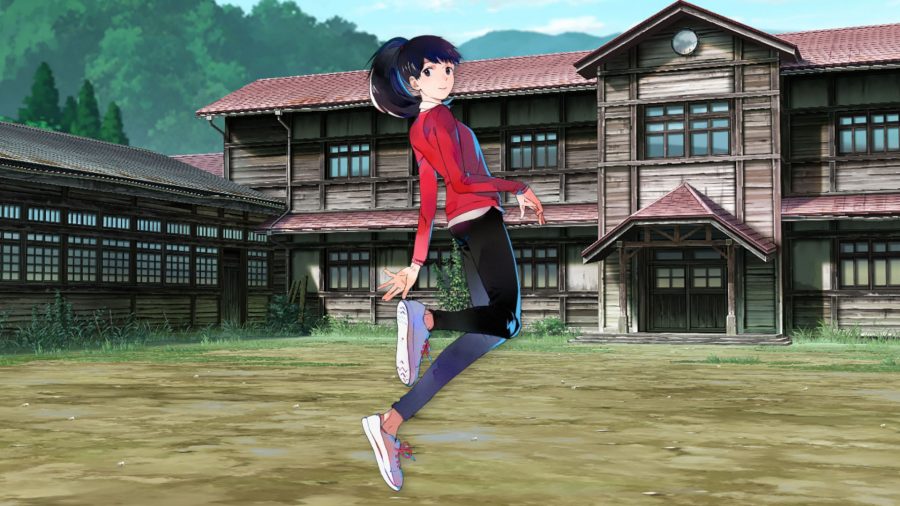 Aoi is the class rep and unofficial matriarch of the Digimon Survive gang, with her Labramon companion helping to keep the camp safe. She’s also one of the older members of the group, with only Ryo as the other ninth grade member, and Shuuji in tenth grade. 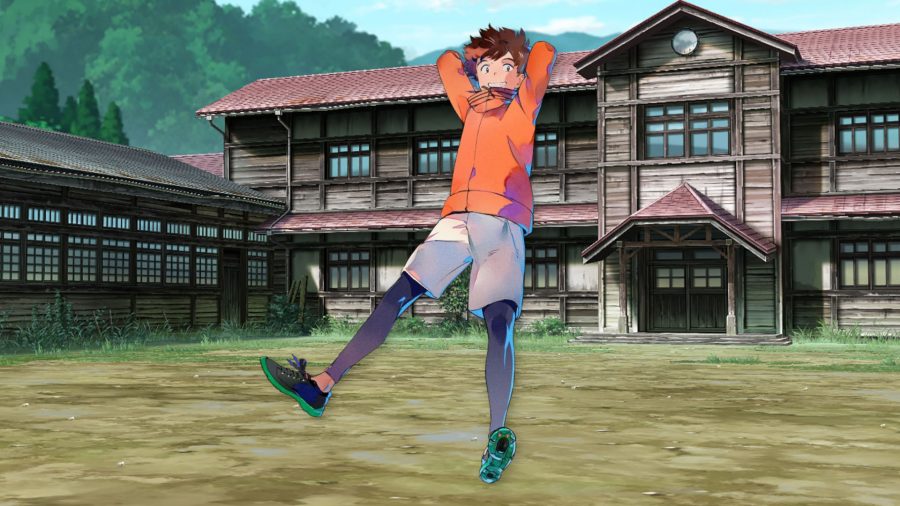 Minoru is Takuma’s right-hand-man, and the peacemaker of the group, supporting their journey through the new digital world with his humour and optimism. His partner Digimon is Falcomon, a fittingly determined creature for Minoru. 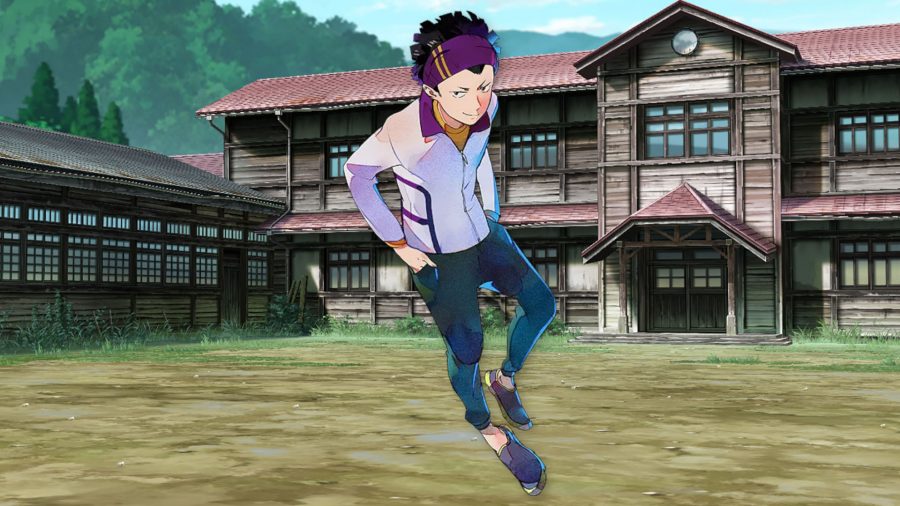 Ryo is your classic tough guy of the gang, helped by the fact he’s one of the eldest as a ninth-grader, and his supercharged bug Digimon Kunemon. 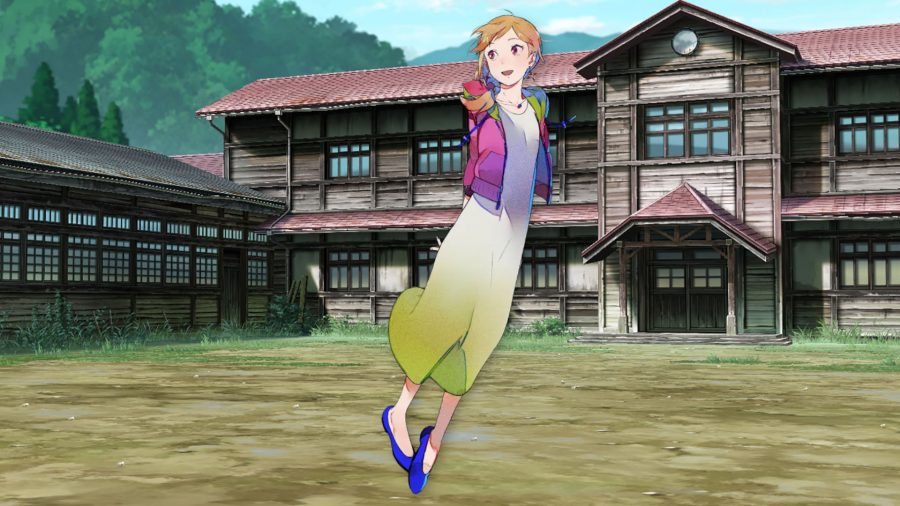 Saki is one of the youngest members of the group, who like Ryo is a natural optimist, but with a little more grace and a little less hyperactivity. She’s also the character whose Digimon most suits their appearance, with Saki’s floral dress complemented by Floramon. 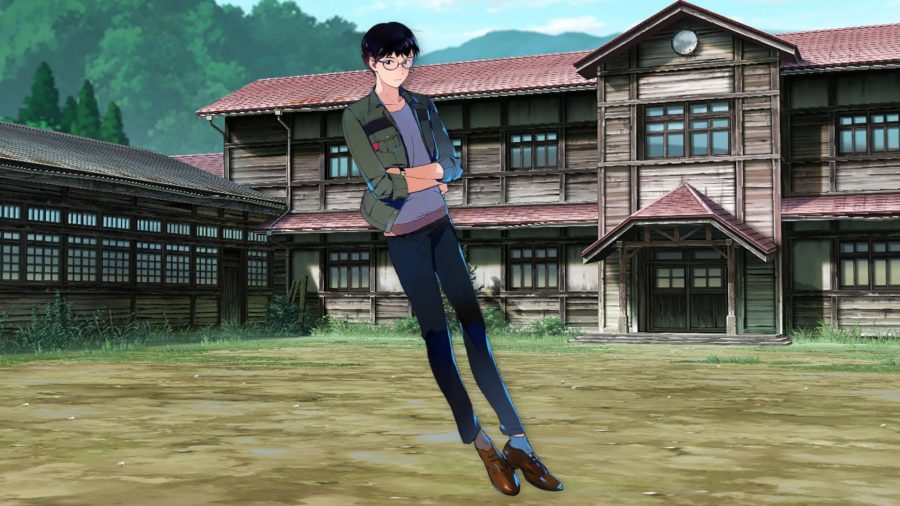 The eldest of the group, tenth-grade Shuuji is a little more serious than the rest of the gang, working together with Aoi to keep the camp in check. His Digimon partner is Lopmon, a creature with a strong evolutionary line capable of keeping Shuuji and the rest of the crew safe. 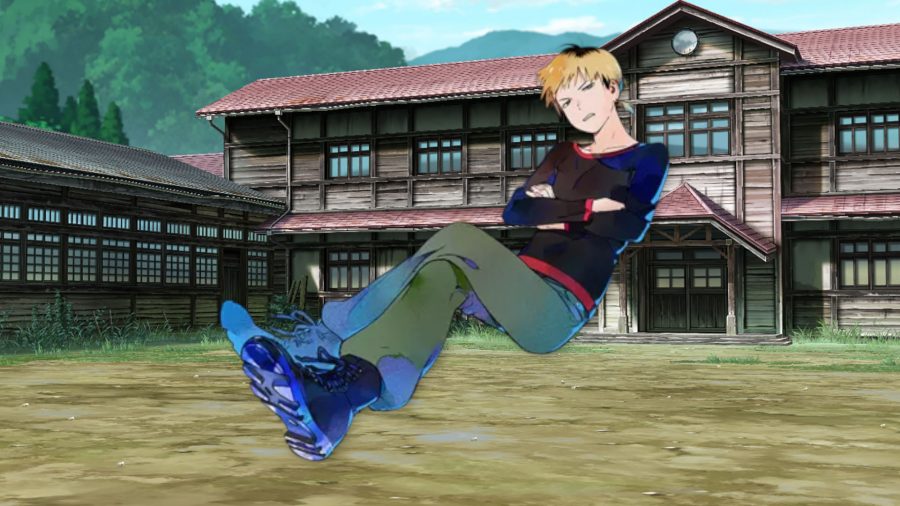 Kaito is the bad boy of the Digimon Survive crew, fittingly equipped with his little devil Digimon partner Dracmon. He’s also the brother of Miu and despite his edgy appearance, Kaito is determined to keep his sister safe in the dangerous digital world, and has a whole lot of heart hidden deep down. 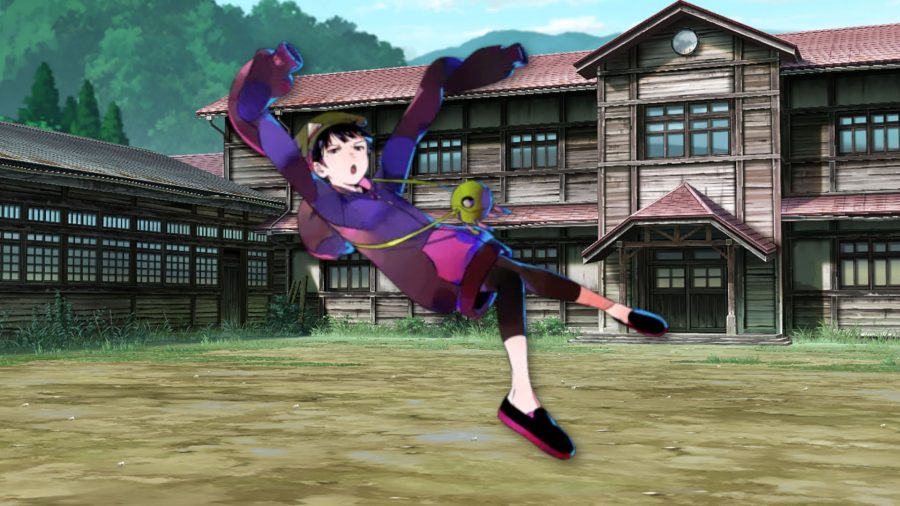 While Miu’s brother is the rebel of the group, Miu herself is the kooky one, talking nonsense for a majority of the time, much to the annoyance of the rest of the crew. Her partner Digimon is Syakomon, who‘s prepared to do anything to protect Miu from the dangerous Digimon waiting in the wild. 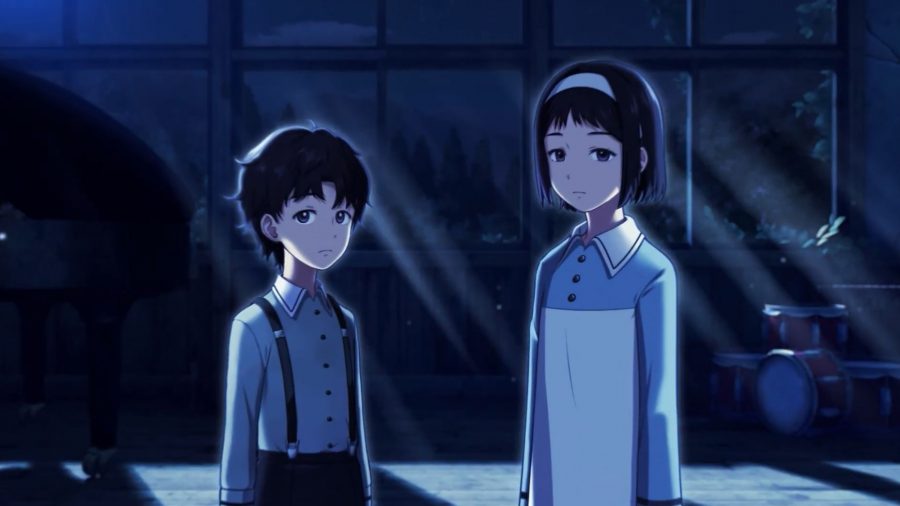 After accidentally entering the digital world, Takuma and the gang quickly bump into Haru and his little sister Miyuku. Haru is the communicator of the two, expressing opinions for both himself and his sibling when the new group of Digimon trainers and their companions try and convince him to help them on their journey.

Miyuku is Haru’s sister and one of the more mysterious characters in Digimon Survive. Her language skills aren’t what you might expect from a girl her age, and it’s clear that there’s something wrong with Miyuku, but it’s not clear what happened to her to make her this way. 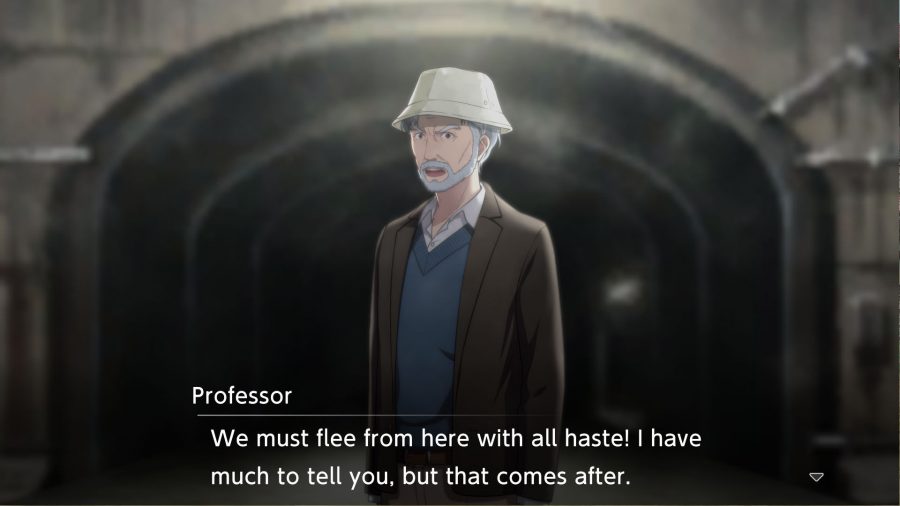 What’s a monster taming game without a professor? Digimon Survive might dodge some of the tropes of a world full of dangerous creatures, but not this one, with the unnamed professor offering you tidbits of folklore and evolutionary information on the history of Digimon and humans. 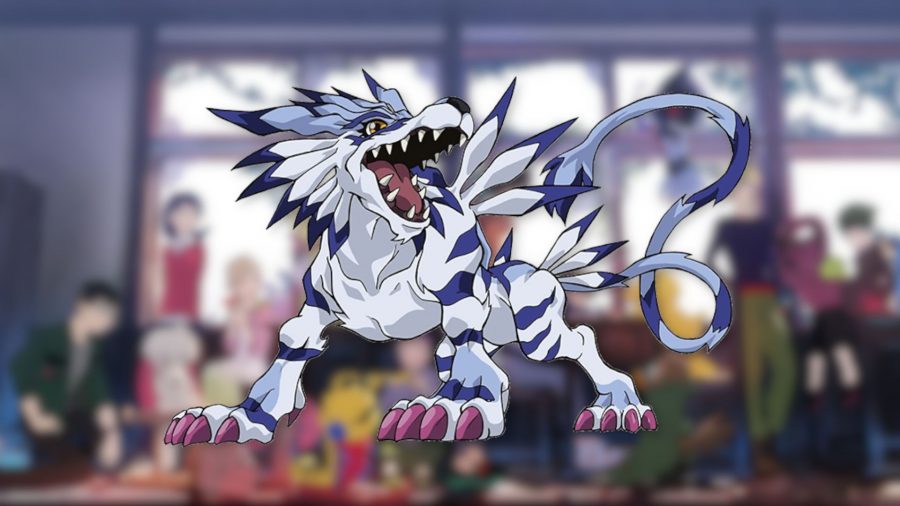 Garurumon lives up to their grizzly appearance with their attitude towards the humans who have fallen into his world. Despite having Digimon friends of your own, this big bad wolf is prepared to do whatever it takes to send Takuma and his friends back to where they came from.

Jijimon is the opposite of Garurumon, in that they’re perfectly happy to assist the helpless humans who have found their way into the Digimon world. If you ever find yourself at a loss in your new adventure, Jijimon will be on hand to drop some hints and tips on how to make friends with the monsters you meet. 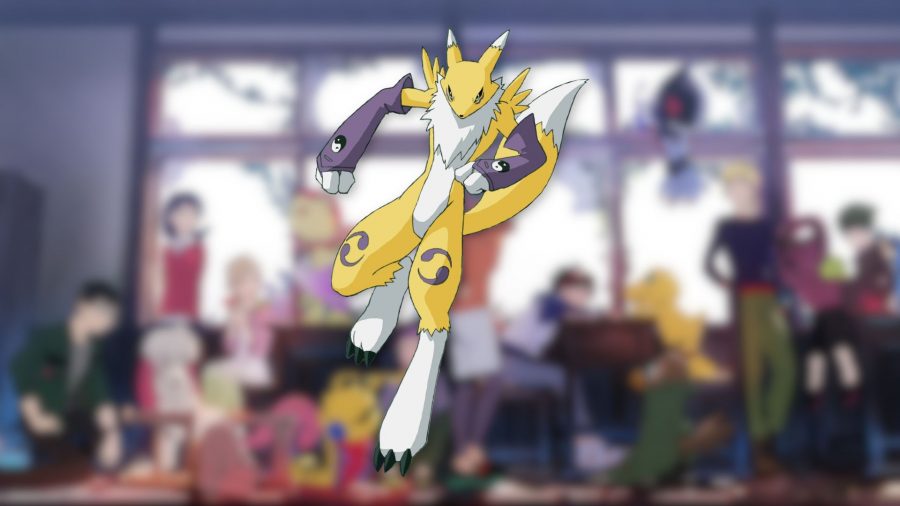 Renamon is a mysterious creature, not exactly ambivalent towards the humans, but hardly willing to help out either. We’re pretty sure that Renamon’s role in the overarching plot will be important, but we’re not sure what it might consist of.

There you have it, all the Digimon Survive characters you need to know to get by in the post-apocalyptic digital world. For more nightmarish visions of the future, because why not, check out our picks for the best post-apocalyptic games on Switch and mobile.