There are so many Pokémon at this point. We’re closing in to 1000 of the blighters, and just like the real world, if you don’t like one, there are plenty more fish in the sea. The oceans of the Pokémon world are littered with as many fish as Earth, and if you’re looking to become a water trainer, you’ve got a load of fantastic finned choices to fill up your ranks.

Our list of the best fish Pokémon trawls the seas of the Pokémon world and fishes up some top-tier scalyfellas. We’ve got some Pokémon which are just… a fish, we’ve got weirder swimmers that represent the monstrosities at the bottom of the ocean, and bizarrely, we still don’t have a dolphin? Yes, I know dolphins aren’t fish. You Pokémon are different, and if you think I’m not putting Wailmer on this list then you’re sorely mistaken.

For more great Pokémon guides, be sure to check out our articles covering Pokémon Sword and Shield mystery gift codes, the best monkey Pokémon, the best cat Pokémon, and find even more lovely puppy pals with our guide to the best dog Pokémon.

Let’s dive into our list of the best fish Pokémon. 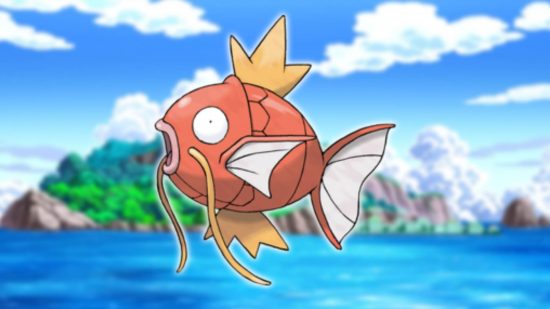 The original and possibly still the best, Magikarp, was something of a joke back in the early days. A trainer would sell you one in Pokémon Red and Blue, a deal that felt like a scam when you realised this little orange guy could only splash around and was pretty much helpless in battle. Luckily it gets the best glow-up in Pokémon, as this often underestimated fish transforms into the terrifying and powerful Gyarados with a bit of love and patience.

What cements Magikarp as a classic for so many Pokémon trainers is this initial helplessness, constantly flailing around just like a fish out of water. It has an inherent sadness to its pathetic demeanour that often endears people to it. But as we all know, Gyarados is a fish you don’t mess with and has become a classic in its own right with several scary anime appearances. I’ll never forget catching a red Gyrados in Pokémon Gold & Silver, and I’ll always love this particular line of Pokémon. 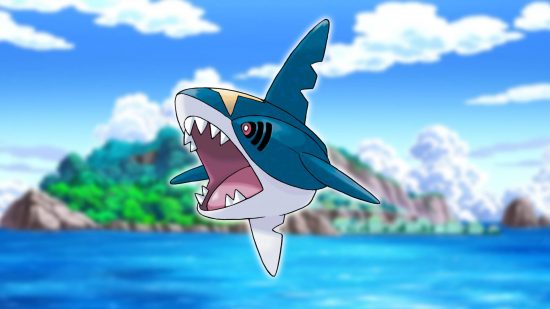 Introduced in Pokémon Ruby and Sapphire, the region infamously known for having a lot of water, Sharpedo is one of many fish Pokémon from this generation but stands out thanks to its stellar design. It’s a wonder we didn’t have a shark Pokémon sooner, but this one looks seriously menacing, especially in its monstrous mega evolution form. It evolves from the Pokémon Carvanha, a cool piranha Pokémon but one which doesn’t stand out quite as well. Sharpedo’s speed, look, and general attitude means it looks as fierce as it does cool. 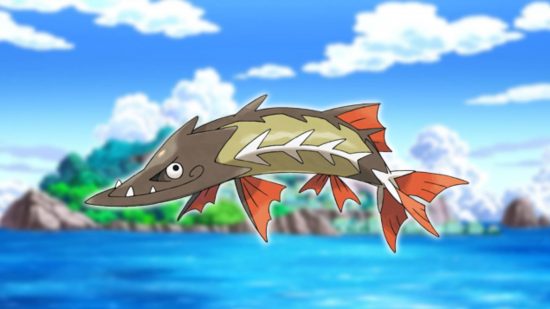 One of the Pokémon added in Pokémon Sword and Shield, Barraskewda, is based on the evil-looking barracuda and also sports a spinning tail reminiscent of a ship’s rudder. Surprisingly, this ‘mon is incredibly fast and actually has a place in the meta if you know what you’re doing. It also manages to accurately portray the sinister look of the fish it’s based on while still having an interesting look in its own right. I feel sorry for any Cramorant that tries to gobble one of these… 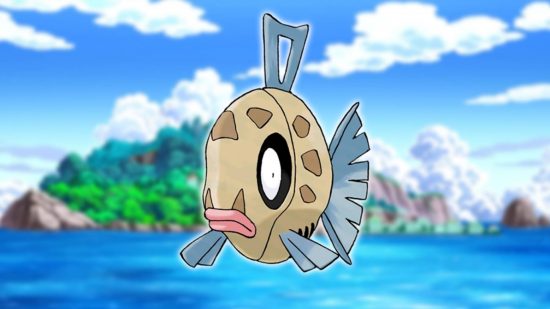 While it could be mistaken for just another fish Pokémon, Feebas became beloved in Pokémon Ruby and Sapphire thanks to two important reasons. First, this Pokémon is incredibly hard to find, only being available in a few select blocks of the ocean, depending on the weather, and changing at random. Seriously, good luck catching these guys.

Secondly, Feebas evolves into the serpentine and seriously cool Milotic, a bulky water type that brings to mind the sirens from old sailors’ stories. Having a Milotic on your team back in the day was a real badge of pride, and it had the stats to match the effort put in to find and evolve one. 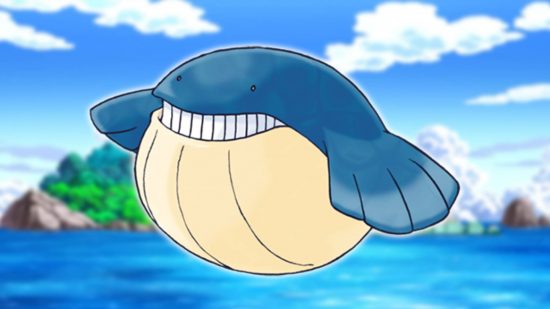 YES. I know whales aren’t fish. Let me live. Plus, it’s the Pokémon world, so who knows how the science holds up? Just look at this guy’s little smile,- what an angel. Surfing the waves of Hoenn was always a joy, and every time a Wailmer popped up, I was filled with joy. I also love whales, so I’m a little biased. Speaking of, Wailord really takes inspiration from real animals like the blue whale, as it’s one of the biggest Pokémon in the game, and looks truly massive in Pokémon Sword and Shield’s Isle of Armor DLC.

Seeing one of the absolute units truly taking up some space in the ocean is great, and only further helps to make the Pokémon feel like part of a living breathing world when they appear properly scaled. I’d also love to see more forms of these two considering the huge variety of whales in the wild. While the new ‘mon Cetitan seems based on a narwhal or a beluga whale, I’d love to see a Wailmer that draws from a grey whale or something more aesthetically unique like the pilot whale. In fact, why haven’t we got an orca Pokémon yet? 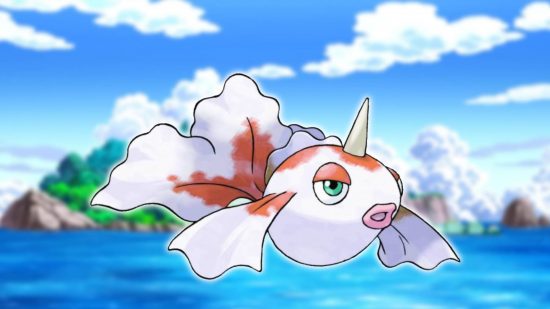 Magikarp may seem like a useless pick, but on the other side of the coin is Goldeen, the elegant and gorgeous fish Pokémon that, for some reason, has the soft voice of a woman in the anime and a cry I will somehow never forget. Used by Misty as well as its formidable evolution Seaking, these two Pokémon represent beautiful fish like koi carp and show that not every water Pokémon is a waste of time. 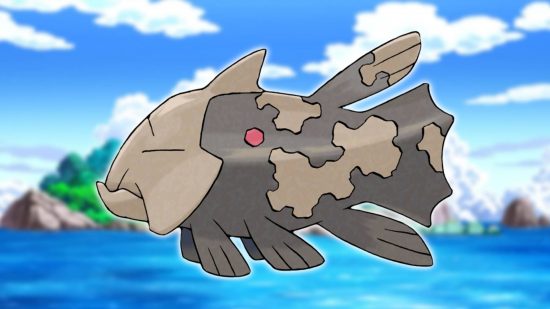 An ancient Pokémon with a fascinating story rooted in the real world, Relicanth is based on the story of the coelacanth, a fish from millennia ago that many thought to be completely extinct. However, the coelacanth was miraculously discovered by fishermen in a remote location, upending years of scientific research and igniting the marine biology community into further research.

Relicanth has a similar story in Pokémon Ruby and Sapphire. it was thought long extinct and discovered deep under the waves by using the unique dive mechanic from the Hoenn games. It looks ancient and even features a rock typing to draw further parallels to the fossils of the original creature scientists studied for years. It exemplifies the best of Pokémon design, taking an idea from the real world and running with it, making a unique creature along the way. 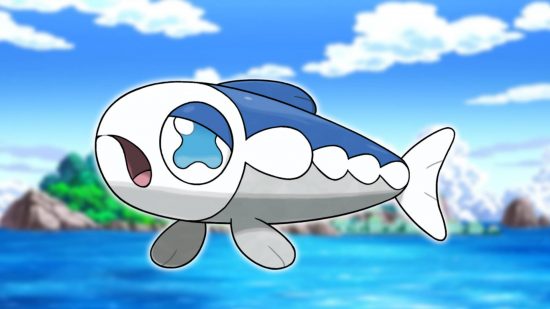 An entry from the Alola region, the games Pokémon Sun and Moon, drawing inspiration from Hawaii. Wishiwashi is somewhat forgettable on its own, but it’s all about its special trick. Wishiwashi can group together like shoals of fish in the ocean, and create a Megazord of smaller fish, a giant form of Wishiwashi known as its ‘school form’ and is based on the real-world tactic of smaller fish to group together and resemble a larger fish to fool predators. Science, fish! I love marine biology, so any fish that is based on the real science of the ocean gets a solid fin up from me.

Well, we thoroughly enjoyed riding the waves of nostalgia to fish up these picks, and we hope our choices didn’t make too much of a splash. Sorry but Bruxish and Alomomola are just boring. There’s no way around it. To get yourself ready for the new generation dropping later this year, be sure to check out our guide to Pokémon Scarlet and Violet mystery gift codes next.