If you’re hoping to dive into some murder mystery mayhem, Spike Chunsoft’s series of Danganronpa games are right up your alley. However, with three main games, several spin-offs, and different collections to get through, it can be tricky to know where to start. In this guide, we go over each of the games with a brief synopsis, their initial release date, and their place in the cannon. We’ve also included a quick guide to all the Danganronpa games in order, so you can dive into despair without missing a beat.

To familiarise yourself with your classmates, be sure to check out our Danganronpa characters guide. Or, if you’re on the hunt for more mystery mayhem and titillating tales, take a look at our top picks for the best mystery games and the best visual novel games on mobile and Switch.

Initially seeing a PSP release in Japan in 2010, Danganronpa: Trigger Happy Havoc is the first title in the Danganronpa series. Garnering an iconic status, it has since arrived on multiple platforms in all regions.

Danganronpa: Trigger Happy Havoc is a visual novel based around Class 78th of the prestigious Hope’s Peak Academy. Originally lauded as a home to Japan’s best and brightest high school students, Hope’s Peak Academy is plunged into despair as student Makoto Naegi and his classmates find themselves locked in the school, playing a sick game at the whim of a sadistic bear called Monokuma. Pitting the students against each other, Monokuma promises freedom to anyone who can kill one of their peers and get away with it.

You take the role of Makoto Naegi as you attempt to survive the vicious killing game and uncover the secrets behind Monokuma’s true identity and motives. Explore the academy and progress through the story, as you get to know your classmates’ histories, desires, and aspirations, all while you investigate murders, and pin down culprits.

You step into the shoes of Hajime Hinata, who has just enrolled into Hope’s Peak Academy. Upon entering the building he’s overcome with fatigue, then wakes up to find himself in front of a classroom full of his peers. Locked inside, the students are met by Usami, a pink, magical girl bunny, who reveals that they are in fact on a paradisal island, and they must befriend each other to gain Hope Fragments and nurture their hope.

However, just as they’re adapting to the peaceful island life, disaster strikes. Monokuma is back, and the students must participate in the next generation of the killing game if they wish to survive.

Danganronpa 2: Goodbye Despair follows a very similar gameplay loop to the first, with the main differences being that you can walk around the island as Hajime in 2D, and the class trial segments boast new features such as the nonstop debate mechanic and fresh minigames.

Danganronpa V3: Killing Harmony is the third major instalment in the series, landing on PS4 and PS Vita in Japan early 2017, then dropping on PS4, PS Vita, and PC in the West later that year.

Dubbed ‘the biggest, most exhilarating episode yet’, Killing Harmony is set in a ‘psycho-cool’ environment and revolves around 16 new characters who are, once again, kidnapped and imprisoned in a school. With lives on the line, you must dive into a high-stakes, fast-paced investigation, uncovering the mysteries behind brutal murders and condemning your new friends to death.

With the Danganronpa 3: The End of Hope’s Peak High School anime closing the Hope’s Peak Academy arc, Danganronpa V3: Killing Harmony is the first game to take place in a new school with a completely fresh cast of characters. However, the gameplay remains relatively similar to the previous titles, with the same loop and linear paths, this time embellished with some new gameplay elements.

Split into the same three major gameplay types you should be familiar with by now, you take control of the protagonist from a first-person perspective, exploring the school at your leisure between character interactions, investigations, and class trials. 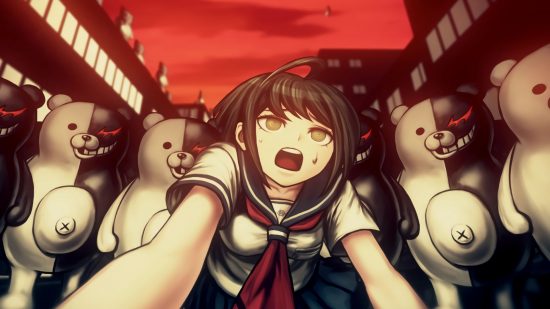 Danganronpa Another Episode: Ultra Despair Girls is a spin-off game set between the events of Danganronpa: Trigger Happy Havoc and Danganronpa 2: Goodbye Despair. Published in Japan by Spike Chunsoft in 2014 and seeing a western release in 2015, it’s the first game to break the tried-and-tested visual novel format.

Instead, it’s a third-person adventure shooter game in which you take control of Komaru Naegi, Makoto Naegi’s younger sister, as you attempt to survive in a chaotic city overrun by Monokuma Units. With the help of your partner, Toko Fukawa, you must take control of the Hacking Gun to escape the crafty Monokuma Kids and unveil the secrets of the city.

An RPG board game featuring a lineup of characters from all of the previous titles, Ultimate Summer Camp tasks you with exploring Jabberwock Island, collecting Hope Fragments, and developing your characters. Battle enemies to earn money, upgrade your equipment, defeat bosses, and unlock new islands in this alternate, non-killing tropical paradise. 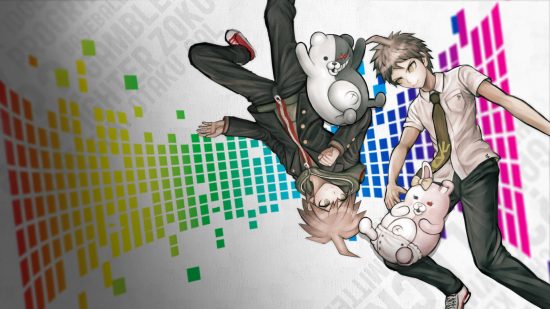 A collection of the first and second games with several new features, Danganronpa 1.2 Reload initially came out on Playstation Vita in Japan in 2013. In 2017, NIS published the game in North America and Europe on Playstation 4, then re-released it on the Playstation 5 through backwards compatibility. 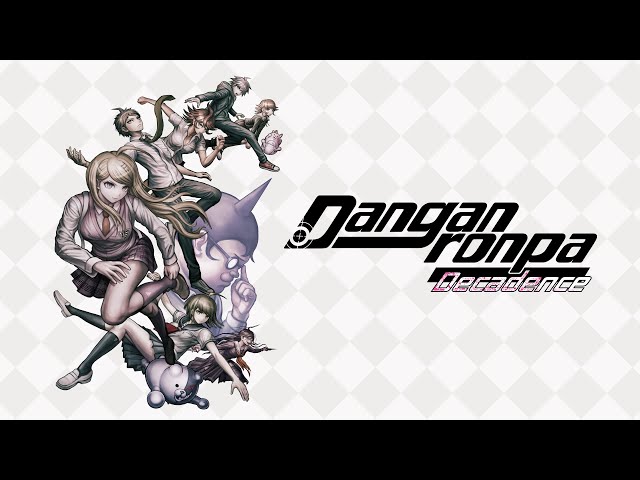 In celebration of the Danganronpa 10th Anniversary in 2021, Spike Chunsoft (and Numskull Games in Europe) released Danganronpa Decadence, a remastered collection for Nintendo Switch. It includes the Anniversary Edition remasters of all the mainline games, Danganronpa: Trigger Happy Havoc, Danganronpa 2: Goodbye Despair, and Danganronpa V3: Killing Harmony. Additionally, it also features Danganronpa S: Ultimate Summercamp as a standalone experience. Indulge in a decade of despair with either the exclusive, physical-only bundle, or you can purchase the games individually from the Nintendo eshop.

And with that, our class on the iconic Danganronpa games comes to a close. If you’re feeling spooked after all those thrills, chills, and kills, make sure to use our iPhone flashlight guide when you go to the bathroom tonight. Or, you can head over to our Zoom download guide to phone a friend and make sure they aren’t trapped at Hope’s Peak Academy.