Popular mobile survival shooter, Free Fire, is elevating the gameplay experience for players through its map editor mode, Craftland. This colourful mode that was first introduced in 2021 offers players free rein in creating their own maps to battle with friends, as well as share their creativity with a global community of players.

While Free Fire is famed for its fast-paced gameplay based on survival elements, the game has evolved to become so much more than that since its launch in 2017. Free to play, and available on both Android and iOS, its player base has grown bigger and more passionate, with fans now accustomed to anticipating high-quality content and immersive experiences.

From in-game musical performances to collaborations with global icons, Free Fire has consistently delivered new and unique experiences, and the heart of the game remains one of self-expression. We’ll be taking a look at the ways Free Fire players can express their own style in the game, as well as exploring a couple of key features which Craftland offers.

With more than 40 characters to choose from, Free Fire opens up every second of gameplay to the creative spirit. You won’t find any bland warrior archetypes here – the characters of Free Fire are each brimming with personality, and bring their own special skills to the table. The roster includes a storm chaser, a falconer, several musicians, a police officer, a physicist, and even a competitive speed eater. Whatever your playstyle – and even if battle royales haven’t seemed appealing before – you’re bound to click with one of these fun yet relatable, larger-than-life personalities.

Once you’ve got your character sorted, you can even team up with an adorable pet. These friendly creatures each bring a specific skill, so whether you choose the axolotl, duckling, panda, penguin, or any of the others, you’ll have a powerful pal for backup.

Each of the characters already has their own distinct style, but fashion-conscious players can collect new skins and bundles that are regularly introduced to the game to level up their aesthetic. Free Fire also has frequent events and season passes which launch new wearable items. Earlier this year, the Squad BEATz event celebrated style and music as players were treated to a vibrant array of in-game costumes and even the debut of an exclusive song performed by Free Fire characters Alvaro, Notora, Shirou, and Kapella.

Free Fire has a history of creative crossovers, bringing other universes into its lore with special events and items. Money Heist, BTS, Assassin’s Creed, and most recently global superstar Justin Bieber have all been included in these events, allowing fans to customise their look with exclusive items and participate in time-limited modes and a myriad of activities.

Alongside these crossovers, Free Fire also offers fans regular servings of its own lore, with a deeper narrative that slowly unfolds through films, events, and creatively produced videos. In fact, the first animated video was released this year, on April 23, exploring some of the story behind the fan-favourite character, Hayato. As teased by the developer, players can also look forward to upcoming additions to its lore over time. 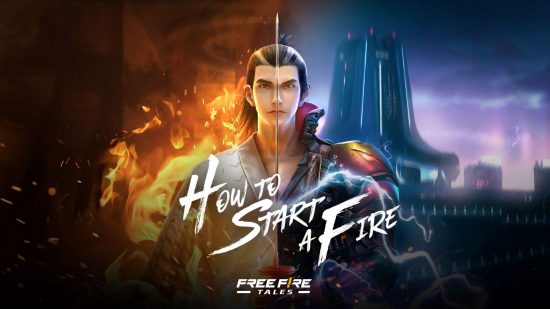 The release of Craftland is the icing on the cake for many Free Fire fans, as it opens up a whole new gameplay experience. Designed intuitively for play and creation, it provides players the opportunity to discover preferred playstyles and game modes, either playing solo or with friends.

With Craftland, you’ll decide which game mode works best for your map – be it a traditional battle royale, a race, or a high-stakes deathmatch. Additional options such as game speed, number of rounds, prep time, and respawns can be tweaked – you can even edit the Danger Zone.

Once these details have been decided, it’s time to get crafty, building your map and adding weapons and equipment for incoming players. As long as you have a spawn point, you can pretty much build your map however you like, using various elements to define your ideal environment. The main building blocks of each map are made up of barriers, triggers, and interactives – some of which include notable objects such as enormous pipes and billboards featured in the community-made MarioRun map.

Free Fire fans have already flexed their creative muscles and developed a series of musical-themed maps, using piano keys and bass drums as triggers. Others have stuck to a more conventional route, while some have created entirely conflict-free zones, where players can challenge each other with parkour or speedruns.

Craftland maps won’t just be limited to a small group of friends either as they can be shared with the community. Players will have the option to dive straight into other recommended player-created maps and try out the growing community offerings that stretch Free Fire to its creative limits. As Free Fire Craftland’s arsenal grows, players can look forward to an ever-expanding virtual canvas where play, creation, and social elements will all come together.
One of the key reasons players come back to Free Fire over and over is the sheer creative freedom and varied gameplay it offers. Between seasonal events, exclusive collaborations, in-game musical performances, new challenges, a variety of game modes, and an ever-growing list of customisable options, Free Fire is so much more than a battle royale. Try it for yourself on Android and iOS today.