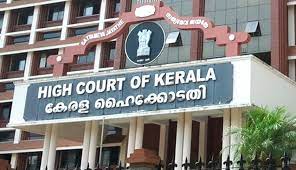 Following heavy rains and anticipated flooding in the city, the Kerala High Court instructed the officers of the Disaster Management Authority and the Corporation of Kochi that they must ensure that all essential measures are taken and finished on a war footing. The court further noted that despite the anticipated torrential downpours over the following day or two, this won’t have a negative impact on the citizens.

Additionally, it instructed the Assistant Solicitor General of India (ASGI), who was representing the Railways, to assign a capable officer to collaborate with the District Collector and the Corporation to maintain all culverts clear of obstructions, as was done in recent years, including by jetting. The bench instructed the ASGI to update the Court on the status on the following posting date.

While taking note of the reports of flooding in the city as a result of this morning’s rain, a single bench of Justice Devan Ramachandran issued this directive. The District Collector, Corporation of Kochi, and Cochin Smart Mission Limited (CSML) were also ordered by the court to submit separate reports to the court, and it was made plain that they would be free to advise corrective actions. This must be filed before the upcoming hearing on August 4.

The Court said in the order, “This Court finds it concerning that there are forecasts for even more rain in the coming days. Although it is not on the same scale as in 2018, we are once again dealing with floods, which could become a concern given the anticipated greater rainfall. Huge flooding was seen in the morning in the city. The internal drainage system of the city is undoubtedly the issue if the canals were prepared for the downpour and did not overflow.”

“The Corporation of Kochi should be in charge of managing the problem. A part of this involves the District Collector, who also serves as the Chairman of the District Disaster Management Authority. Since the heavy rain alerts have already been issued, it is crucial that all stakeholders are on the ground to assess the situation and take fast action as needed. Action must be done whenever drains need to be cleaned and inlets need to be maintained open, and the Corporation must assign enough people to work on the ground level to complete this “It was ad.