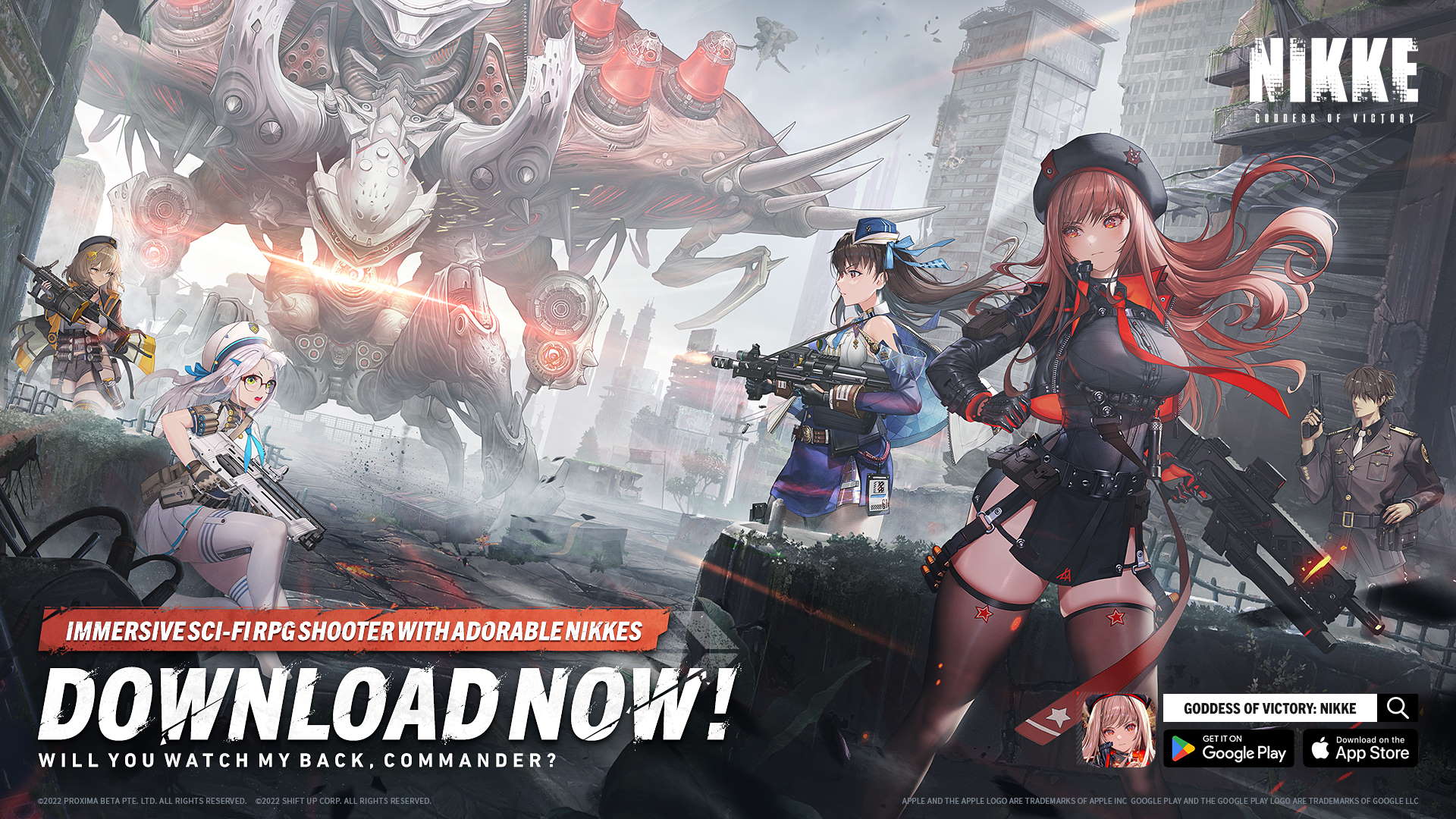 Goddess of Victory: NIKKE is finally here – the immersive sci-fi RPG shooter is now available with a bunch of limited-time in-game rewards for new players. All you need is a mobile device running iOS or Android, and you can throw yourself right into this detailed and dynamic game.

The game combines a whole host of features that mobile game fans will be excited to explore, including an entirely mobile-focused one-handed control scheme, a selection of beautifully realised playable characters, and the ability to collect and use special weapons and skills. Goddess of Victory: NIKKE also includes original voice-acting talent and gorgeous visuals.

You’ll be able to fully immerse yourself in the roleplaying element of the game, whilst also gaining the satisfaction of amassing a great collection of both characters and weapons. Although you’ll be collecting cards, the action elements of NIKKE mean you’ll be wielding these all-important weapons in fast-paced shooting sections. Real-time combat and turn-based strategy marry up beautifully as you strive to save the human race. The launch of NIKKE is your chance to discover a vast world full of challenges, with plenty of rewarding boss battles along the way.

The story of Goddess of Victory: NIKKE is a simple but brilliant sci-fi setup. Humanity has been decimated by unknown alien forces, and have retreated underground to relative safety. Not content with giving up the Overworld, the humans worked for generations on a series of highly advanced weapons which would in time help them defeat their oppressors. This project has been codenamed “NIKKE”, an homage to the Greek Goddess of Victory.

The humans head up into their old home, the Overworld, armed with these futuristic and powerful weapons, hoping to once again rule the planet after the aliens are defeated. This won’t be an easy feat, however, and the biggest battles are just beginning. You take up the mantle, along with your team of hard-hitting weaponised maidens, and try to take back what’s rightfully yours.

The characters you can collect each have different abilities and skills. It’s up to you to make the most of their talents and equip them against near-impossible odds. As you progress, more characters will become available through a card-collecting mechanic, which also rewards you with unique weapons that can compliment your squad’s capabilities.

Command your team, but be careful to cater to their needs to get the best result. For example, Rapi, the cold and apathetic fighter, will do better with an assault rifle, which allows her to take on all manner of foes from a fair distance. On the other hand, if you find a rocket launcher, you’ll soon find that it corresponds best to Anis, the energetic and bright member of your squad who likes to take out a whole gang at once. Whether Explosive type, Support type, or Defence type, each character brings their own attitude and style to the team, and you’ll soon be commanding them like a pro.

It’s hard not to get immersed in NIKKE due to its gorgeous art style and the careful juxtaposition of delicate anime artwork against a hardcore sci-fi setting. But there is more to this game than just looks. Made specifically for mobile gamers, and possible to play using just one hand, the shooting segments of the game pull you inside each battle, allowing you to better command as you progress.

The post-apocalypse, it turns out, is a fun place to explore. When you’re not engaged in deep combat, you can expand humanity’s hold on the surface world by constructing, solving roguelike puzzles, and playing cooperatively.

Alongside your everyday strengthening battles, there are a series of intense boss battles in NIKKE that could knock you off your feet if you go in unprepared. Collect your squad and their weapons, then line them up with their preferred style, and tear those aliens apart.

Players that download Goddess of Victory: NIKKE during the ongoing launch event will receive up to 110 free pulls, 2 popular SSR characters, and one SR character. What’s more, for any inspired artists, the NIKKE x Pixiv Global Illustration contest will start on November 24, and includes a total prize pool of over $25,000.

Download Goddess of Victory: NIKKE from the Google Play store or the App Store.