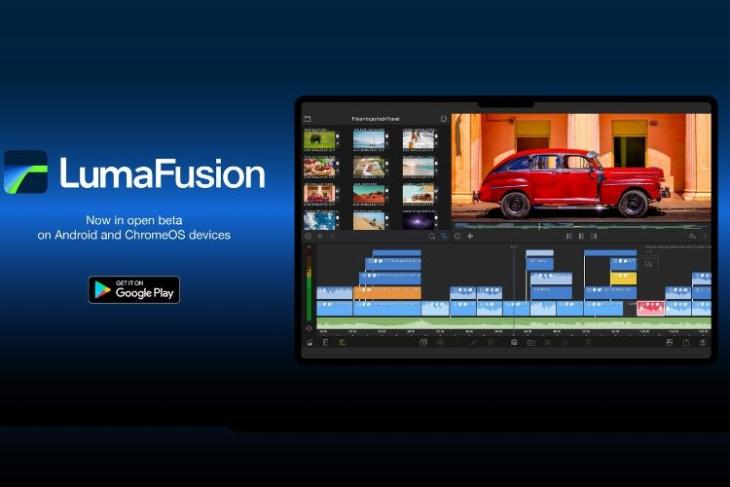 Popular video editing app LumaFusion, which has remained exclusive to the Apple ecosystem, is now available for Android and Chrome OS users as part of the open beta. This development was announced last year. Check out the details below.

The LumaFusion app will bring in the basic editing tools to Android and Chrome OS users. The suite of features also includes the ability to edit directly from USB-C drives, edit audio using Graphic EQ, add effects, create multilayer titles, and much more.

LumaFusion app for Android and Chrome OS has been built from scratch so the experience can be just like its iOS counterpart. It is said to work well with both touch and keyboard interfaces.

To recall, LumaFusion first reached the Samsung Galaxy Tab S8 series as an Android debut. It was further reiterated back in July when Google released new video editing features for Chromebooks.

The LumaFusion app’s beta version is now available to download via the Google Play Store and even the Samsung Galaxy Store. Those interested can pay $19.99 (~ Rs 1,633) after getting a discount of 30%. The original price is $29.99 (~ Rs 2,450), which users will require to pay to post the stable release.

It is said that those signing up for the app’s beta program on Android or Chrome OS won’t have to pay anything extra once the stable version is released. The LumaTouch (its parent company) website says, “Customers who choose to purchase during the open beta will receive the final version at no additional cost when it becomes available. We’re continuing to make improvements to the open beta to deliver the full LumaFusion video editing experience on Android and ChromeOS.“

So, will you go ahead and try out the popular LumaFusion video editing app now that it can be used on an Android phone, tablet, or Chromebook? Let us know in the comments below.

Get LumaFusion on Google Play Store or Samsung Galaxy Store