The Witcher 3’s map holds within it one of the best open-world videogame experiences ever. From a wide variety of excellently written side quests to the beautiful, red-hot graphics, it’s just one of the best videogames ever. Fact.

Anyway, if you love it as I do, you probably want to do as much as you can in its world. When something is this massive, it can be a little hard to keep track of everything, so why not use one of these handy maps? Once you’ve picked your favourite, check out our The Witcher 3 endings, The Witcher 3 best armour, and The Witcher 3 wallpaper guides.

Here are our three favourite The Witcher 3 maps. 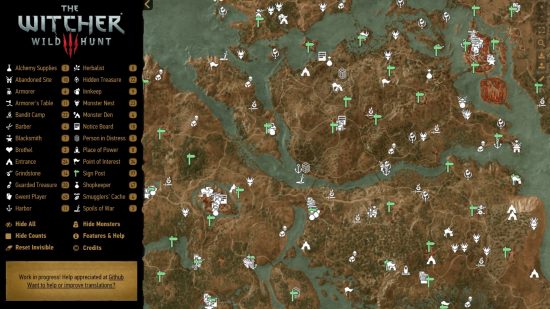 The Witcher3Map.com interactive map is super simple to use. A clean user interface, stark colour choices, and quick loading times make it an easy first choice. You can also do the expected filtering by different categories, which is nice. There’s not much more to it, but clean and simple takes the cake for me. 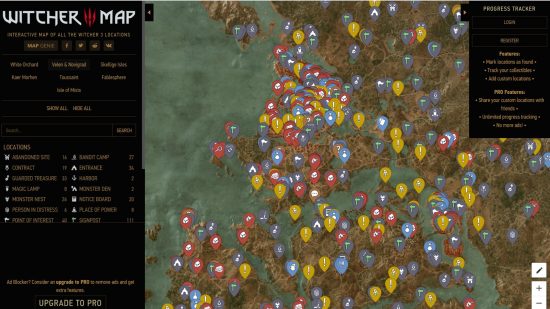 The MapGenie.io Witcher 3 map is a little heftier than the previous one, but with it comes what some may think of as clutter. If you don’t care about the slightly overbig icons, then you’re in for a treat. All the basics are here and cleanly, then there’s the ability to mark locations as found and keep track of your adventure. Lovely stuff. 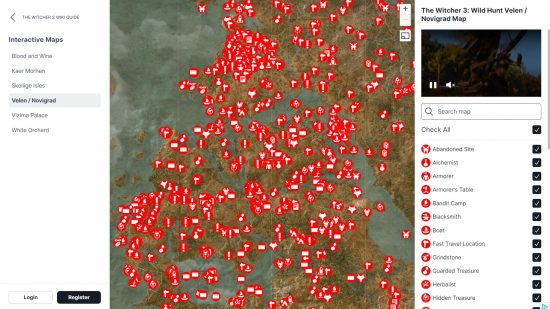 IGN’s interactive maps are always rock solid, and so too is its Witcher 3 map. If you’ve become used to the layout IGN uses, it’s nice that everything is the same as elsewhere. Expect all the usual features, like filters and marking things as found. Choosing between this and the others really comes down to little else other than personal preference. They’re all great!.

There you have it, a handful of The Witcher 3 maps out there. For more RPG magic, check out our games like The Witcher 3, Skyrim marriage, and Skyrim wallpaper guides to stay up to speed.