I love Marvel, always have and always will. From the comics to the movies, and even the games, Marvel is pretty much in my DNA at this point. I consider this to be a good thing considering how many franchises roll under that one banner, all of which branch out into their own forms of media. Being the massive gamer I am, that’s a huge win for me. Whenever I feel like being a hero, I just fire up a game and go.

In all seriousness, there are so many Marvel franchises that have games, including Spider-Man, X-Men, Guardians of the Galaxy, the Avengers, and more. So, what are the best Marvel games on Switch and mobile? Yes, that’s right, no Marvel’s Spider-Man here, unfortunately. However, that doesn’t mean these platforms aren’t full of titles that make you feel like a heroic badass.

If the life of a superhero isn’t for you, but you get a thrill from adventure, our lists of the best Final Fantasy games and best games like The Witcher 3 are for you. Or, if you’re a sucker for punishment, our picks for the best games like Hades on Nintendo Switch is a must-read. Failing that, check out our choices for the best Switch games to sink your teeth into something new.

Without further ado, here are our picks for the best Marvel Games on Nintendo Switch and mobile.

If you’re looking for a superpowered card game, look no further. This Hearthstone-like title is full of your favourite heroes, with exciting mechanics that lead to intense battles over six turns. Battle against opponents online as your race to secure locations, and collect a packed catalogue of your favourite heroes and villains in card form.

If you’re looking for a helping hand with your decklists, we’ve got the only Marvel Snap decks guide and Marvel Snap tier list you need to rise through the ranks like a Rocket Raccoon. Or, if you need help accumulating some precious resources in-game, see our guide to Marvel Snap gold. 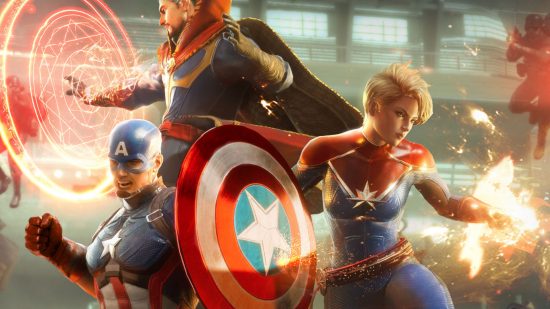 It won’t surprise anyone that knows me to see this open-world mobile RPG on this list. I love it, and the fact it goes wherever I go is all the better. The game design itself is excellent, and it features a compelling story that spans not across just earth, not even just this universe, but the entire multiverse. So, prepare to throw yourself in the deep end. Fortunately, the game has a few familiar faces to help you out.

I’ll admit that one of my favourite things about MFR is the characters, and not because Iron Man and Spider-Man are in it, but because underutilised heroes like Doctor Strange and Magik are present too. If you want to know why you should play this, you need to look no further than our Marvel Future Revolution review. We also have a Marvel Future Revolution tier list in case you’re curious as to who the best characters are. 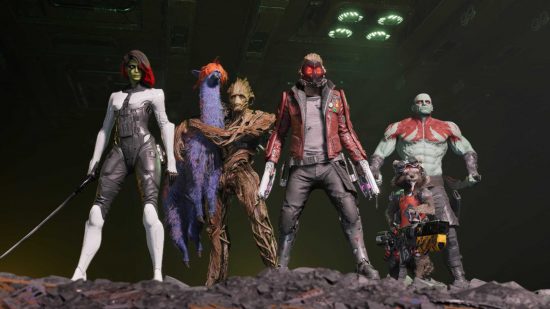 Guardians of the Galaxy – Switch

What can I say? All I have is that this game is Flarkin’ great! Seriously, this is one of the best games I got to enjoy in 2021, and it’s already cemented itself as one of the best Marvel games of all time. It’s a pleasure to play from start to finish. The combat and action are fantastic, and most importantly, the banter and camaraderie of the guardians themselves are present.

Moreover, the narrative design in Guardians of the Galaxy is second to none. If you’re after a game that’s able to make you laugh, cry, smile, and feel angry, this is the game for you. However, if you need a little more convincing, you can take a look at why the GOTG narrative surprised us so much. 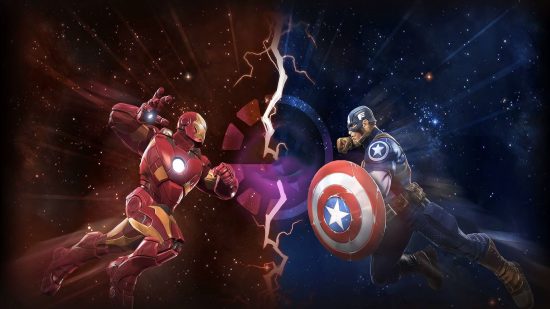 Pick any two Marvel heroes or villains you can think of. They don’t have to be in the same franchise. Now imagine them in a fight for the ages. That’s pretty much what Marvel Contest of Champions offers you. This beat ’em up fighting game has more than 200 Marvel characters available, with more and more added all the time.

Furthermore, there’s a narrative for you to follow, though if you’re playing a fighting game, I’d wager that you’re there for fisticuffs rather than a bunch of cutscenes. 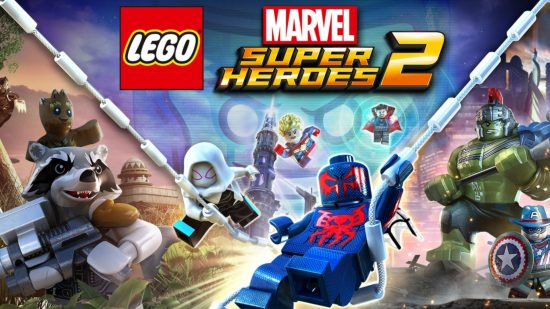 Any time Lego and Marvel come together to create a game, you know you’re in for a good time, especially since you know you get to control a good portion of the Marvel universe in a single game. Better yet, Lego Marvel Super Heroes 2 features an expanded line-up of characters thanks to them coming from different realities. Characters from Guardians of the Galaxy feature, as does my favourite version of spidey, Spider-Man 2099.

Furthermore, you get to explore 17 locations from the Marvel universe, including Asgard, Knowhere, Wakanda, Xandar, and an alternate version of Medieval England – Funny to think this country was probably more in order back then. 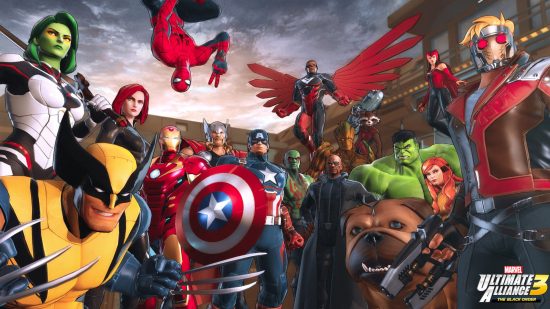 This game is exclusive to Nintendo Switch, and it’s a must-own if you’re a Marvel fan and you own the hybrid console. The Marvel Ultimate Alliance games are fantastic, and seeing the series make a comeback is great – not so much if you don’t own a Switch, mind you, but oh well. If you’re unfamiliar with MUA, it’s a top-down dungeon crawler, as is the case with the latest game.

Naturally, the game features many famous heroes, such as the Black Panther, Hulk, Captain Marvel, Blade, Nightcrawler, Star-Lord and Spider-Gwen. As for the story, you need to save the universe from Thanos and the Black Order. Sure, his methods are wrong, but you can’t deny the logic in what Thanos believes. 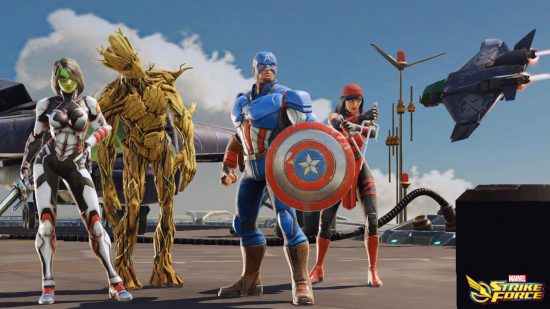 Now then, I’m not usually one for turn-based combat unless it features a certain blonde-haired ex-SOLDIER with a giant buster sword. However, Marvel Strike Force is a good time, and is worth a try if you enjoy Marvel, and are after a new game for iOS or Android.

The game features RPG elements as well, and you can collect many different Marvel characters, this isn’t limited to just heroes. You can collect and use the villains too. Furthermore, there are multiple campaigns to experience if you enjoy single player, and there are plenty of PvP options for those with a competitive edge too.

There you have it, all the correct choices for the best Marvel games on Switch and Mobile. Should you be after something a little more terrifying, our list of the best Resident Evil games on Switch is sure to inspire you.