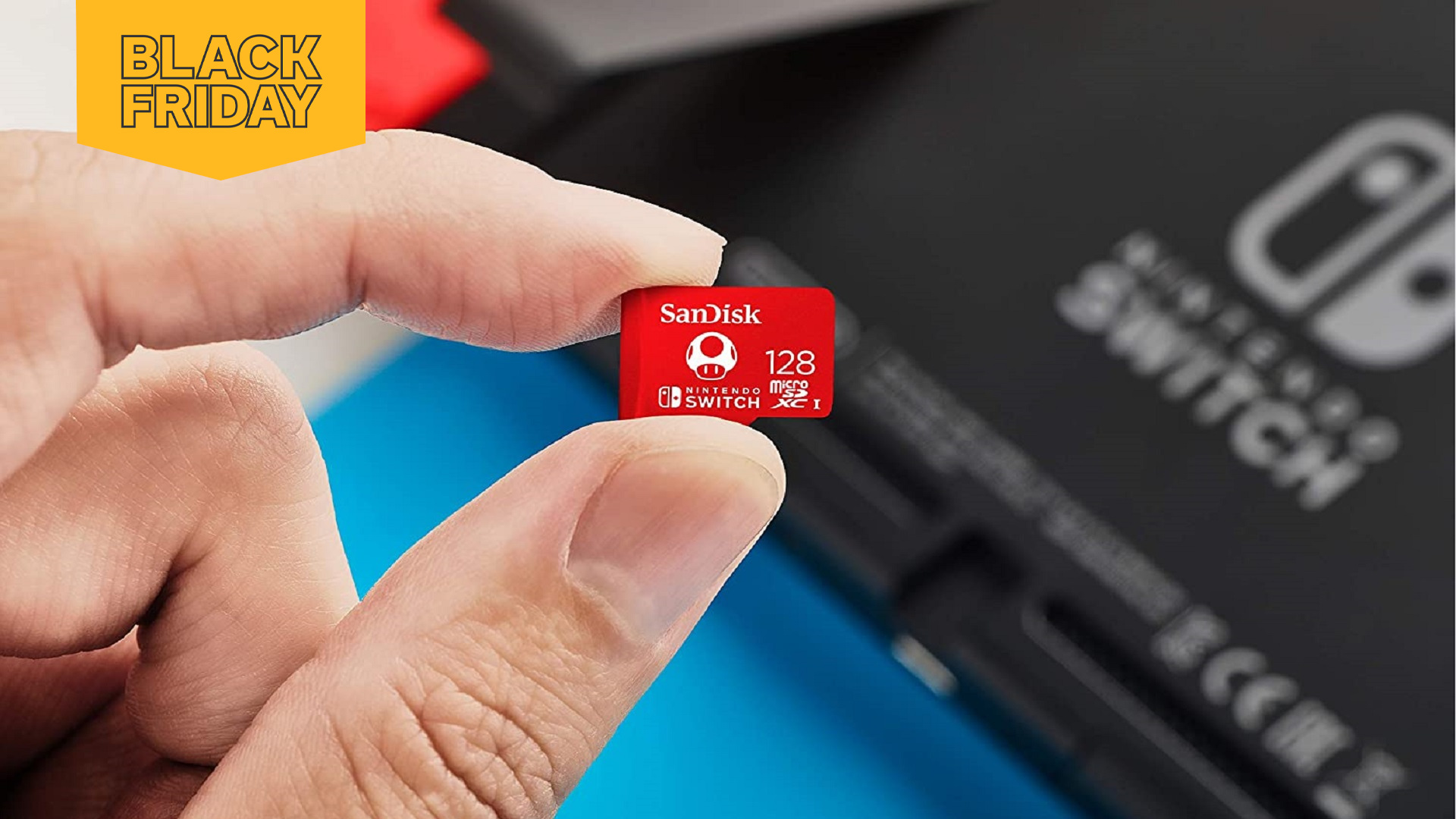 Mobile and Switch gamers alike will want to keep their eyes peeled for the best Black Friday micro SD cards this year. To save you a lot of hassle, we’ll be picking out all of the best SSDDs (sweet SD deals) throughout November and putting them here.

Micro SD cards are one of those things that are kind of annoying to buy because there’s expensive and memory space isn’t a fun, tangible thing, but they remain essential for gaming set-ups. That’s why buying them during Black Friday makes a lot of sense, because at least they’ll leave less of a dent in your wallet.

Of course, if you manage to get your micro SD card at a discount price, then that leaves money to spend on other delights. You could download a bunch of cheap games in the Nintendo Switch eShop, not worrying so much about memory limitations, or if you’re getting it for your phone, you can finally download all those free games you’ve wanted to try but never had room for.

This microSD wasn’t exclusively designed for the Nintendo Switch, so you don’t need to worry if you want one for your phone. However, it has been designed in order to provide optimum performance when played on Nintendo’s popular hybrid console, so go for this over any others, if you need one for Switch.

If you want to make sure you’ve got enough room for a Christmas haul of new games, or there are lots of games in the eshop that you’ve been holding off buying due to storage problems, then this is a must-buy.

Compatible with Android smart phones, as well the majority of digital cameras, and tablets, this is an ideal way for you to fill your mobile device with beautiful photos, your favourite songs, and most importantly, all the best mobile games.

It’s a nice big chunk of memory that’ll significantly expand the storage capacity of your phone. If you’re plagued by mobile memory problems, then it’s definitely worth buying this while it’s on offer.

Nobody wants to accidentally miss the big day. This year Black Friday falls on November 25, and then Cyber Monday will be a couple of days later on November 28. Mark your calendar, and if you’ve got anything on that day cancel it so that you’ve got time for a bit of online shopping. Yes, even if it’s your best friend’s wedding.

How to get the best Black Friday deals