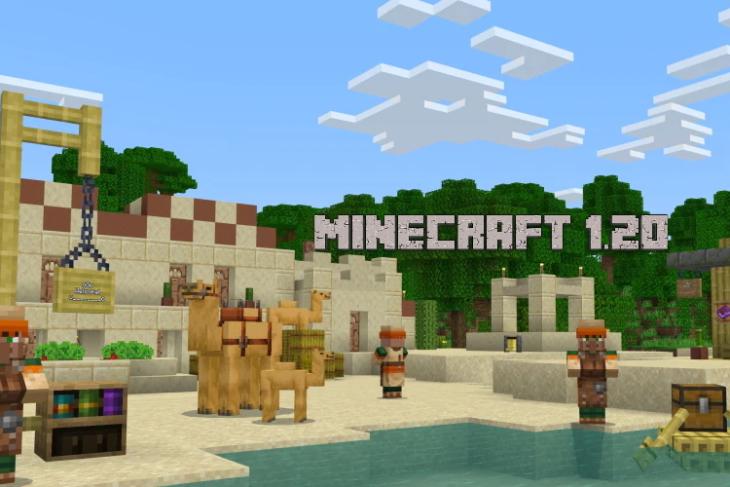 In a surprising turn of events, Minecraft Live 2022 introduced us to a bunch of Minecraft 1.20 features that no one was expecting. From a new desert mob to a whole family of new blocks, there is a lot to look forward to in the upcoming update. Now, merely a few days later, we can already test out these new features. The first Minecraft 1.20 Snapshot 22w42a for the Java Edition and Minecraft Preview #1.19.50.21 for the Bedrock Edition are not live. Here are all the details!

As revealed in an official blog post, most features from Minecraft Live 2022 are now available for testing. All players can access them by downloading the test builds of the game. From the announced features, the first beta and snapshot of Minecraft 1.20 have the following features:

Even though the features feel complete, they are still in their testing phase. So, if you notice any bugs or errors in them, you can report the same to Minecraft (here). Not to forget, we will be testing and creating tutorials for all these features and more soon. So, keep our website bookmarked to stay up to date.

Meanwhile, do keep in mind that the latest snapshot and beta do not contain Sniffer, the winner of Mob Vote 2022. That mob is still at an early stage of development and won’t make it into the game for at least a few months.

How to Get Minecraft 1.20 Features Early

If you are a Bedrock player, you have to download Minecraft Preview and update it to get the new features. Meanwhile, Java users can get the snapshots from the “Installation” tab in the Minecraft Launcher itself. If you already own Minecraft, you don’t have to pay anything to get the test builds of the game. They are completely free for everyone.

These test builds are one of the several phases that the next major update will go through before the final release. If you want to know all about other speculated features of Minecraft 1.20, you can use our dedicated guide linked here to stay updated. Having said that, which is your favorite Minecraft 1.20 feature? Tell us in the comments below!