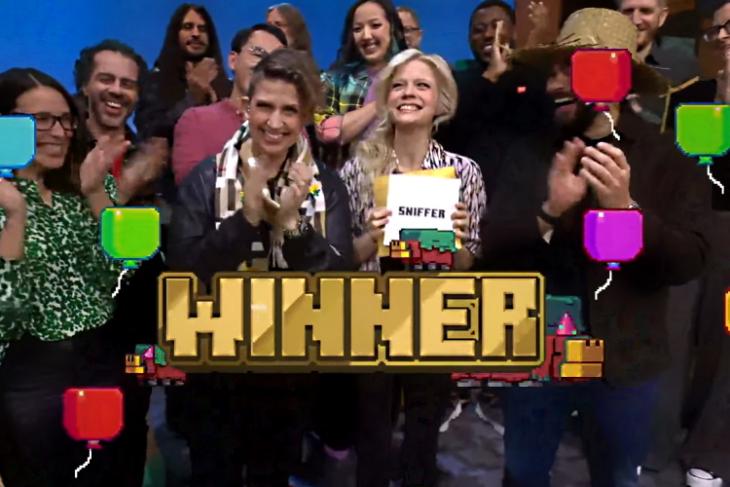 The results are out. Your votes have once again directed the future of Minecraft, and we are more than excited. Pushing its competition out of the game, Sniffer is the winner of Mob Vote 2022, as announced during Minecraft Live today. With its addition, we will see a number of new features come to the game, including the potential of a bunch of new Minecraft farms. Having said that, let’s explore all the features of Sniffer and make sure that you made the right choice.

The announcement of Mob Vote 2022’s winner was made during the Minecraft Live 2022 event. Unlike previous polls, we noticed a one-sided opinion for Mob Vote 2022 since its announcement. And these opinions carried over to the final results too. As revealed during the event, Tuff Golem got the least amount of votes. Meanwhile, the Rascal was the runner-up, leaving the throne to the Sniffer, who got over 50% of the votes in Minecraft Mob Vote 2022.

As revealed during Minecraft Live 2022, Sniffer will not spawn naturally in the overworld Minecraft biomes. Instead, you will have to find its eggs in the ocean ruins and then bring the Sniffer back to life. Once it’s back, the Sniffer slowly grows from its baby form into an adult. Then it roams around the world to sniff and dig seeds for the players. Players can use these seeds to grow some rare decorative plants in Minecraft.

In Which Update Will Sniffer Come to Minecraft?

During last year’s mob vote, Allay won the public poll but didn’t make it into the game until the second major update (Minecraft 1.19 The Wild Update) following the vote. However, this also has to do with complex game mechanics around Allay and player interactions. So, we hope that Sniffer comes to Minecraft a bit earlier. Though, even if it doesn’t, the Minecraft 1.20 update has a lot of exciting new features to keep you entertained. You can use our linked guide to explore all of them in a single place.

Will the Losing Mobs Come to Minecraft?

In April 2022, Jens Bergensten, the CCO of Mojang, confirmed on Twitter that the losing mobs from all the previous mob votes can find their way into the game if “they fit and can be prioritized“. Though, nothing can be said about which mob, if any, would make it into the game in a future update.

But letting bygones be bygones, which feature of Sniffer excites you the most? Or are you unhappy with the Winner of Minecraft Live Mob Vote 2022? Tell us in the comments below!