Xenoblade Chronicles 3 is out now, so why not get to grips with some of the characters you’re bound to spend around a hundred hours with? You can learn more about them in our Xenoblade Chronicles 3 review, but one of the most important characters is Mio, a cat-eared soldier from Angus who sends off the spirits of the dead with sweet tunes from her flute.

Now, let’s get into the details… 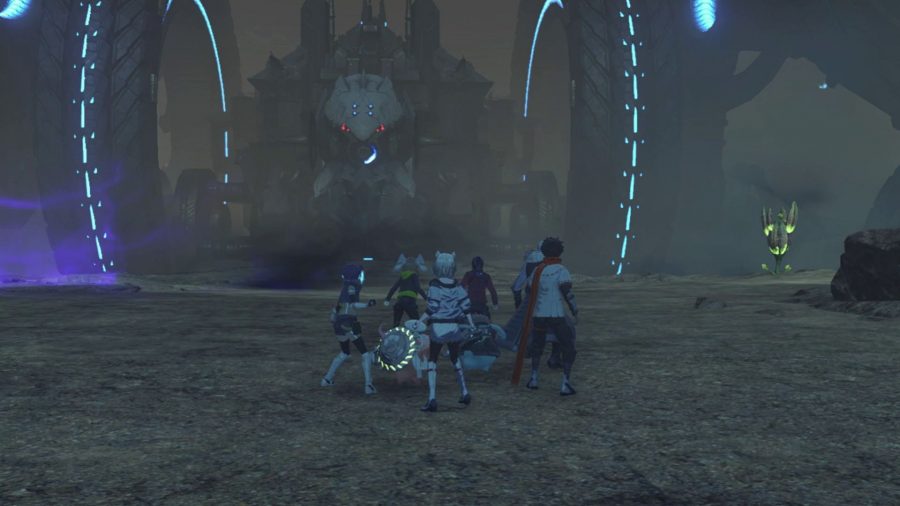 Who is Xenoblade Chronicles 3’s Mio?

XC3’s Mio is a warrior of Agnus, a rival colony to Noah’s colony of Keves. She wields two ring-shaped weapons that glow yellow – at least in her starting class. Her buddies are Taion and Sena, and they become embroiled with the other characters after a strange encounter.

In the story trailer we saw at the beginning of the direct for Xenoblade Chronicles 3, Mio seems to have the most lines. There’s even one moment that made me tear up, even though I don’t know anything about any of these characters. I dunno, maybe I’ve got too much on, but it looks like she could be at the emotional core of the game.

She and Noah are both off-seers. They send the dead off by playing songs on their flute. What this actually means is unclear, but the two are bound to bond over something so morbid. I wonder what their relationship will look like 80 hours in?

We got a little look at XC3 Mio’s combat moves in the direct, too. She starts as a zephyr and has multiple arts she can use to do more damage than a standard auto-attack. Here are the ones we got to see:

There are also master arts, which are attacks transferred from different classes. Assumedly, XC3’s Mio can wield any arts from any of the Xenoblade Chronicles 3 classes, given she’s met whatever pre-requisites there are. These master arts can be combined with standard arts to pull off powerful fusion arts. Just like all characters, as she can change her class, she can change her arts.

Here’s what each of the Ouroboros forms look like when Mio, Sena and Taion take the lead in their respective pairs. Which one do you like the most? #XenobladeChronicles3 pic.twitter.com/DIJn8hH2Rb

XC3’s Mio can also interlink with Noah into a powerful form known as Ouroboros. Either character can take the lead, but we only saw Noah as the leader in the direct. You can see her form as the leader in the tweet above, but sadly no combat moves. Check out our Xenoblade Chronicles 3 Ouroboros guide to learn more.

That’s all we’ve got on Xenoblade Chronicles 3’s Mio. For something different, check out our Fire Emblem Warriors: Three Hopes review to see if you want to return to the world of Fódlan.