Tower of Fantasy’s Nemesis is a dual pistol-wielding Angel of Clemency who plays an integral part in the unwinding narrative of the game. She may look sweet and innocent, but her weapon, Venus, has soared to the top of the PvE and PvP charts with its amazing utility, healing, and damage.

As the first Simulacra featured on a limited banner, Tower of Fantasy’s Nemesis is an extremely valuable unit and a powerful addition to any wanderer’s roster. So let’s take a look at the best ToF Nemesis build, including her skills, advancement bonuses, upgrade materials, top matrices, and more. We’ll also dive into her favourite gifts, awakening rewards, and the best weapons to team her up with, so you can be a true nemesis to anyone who crosses your path. 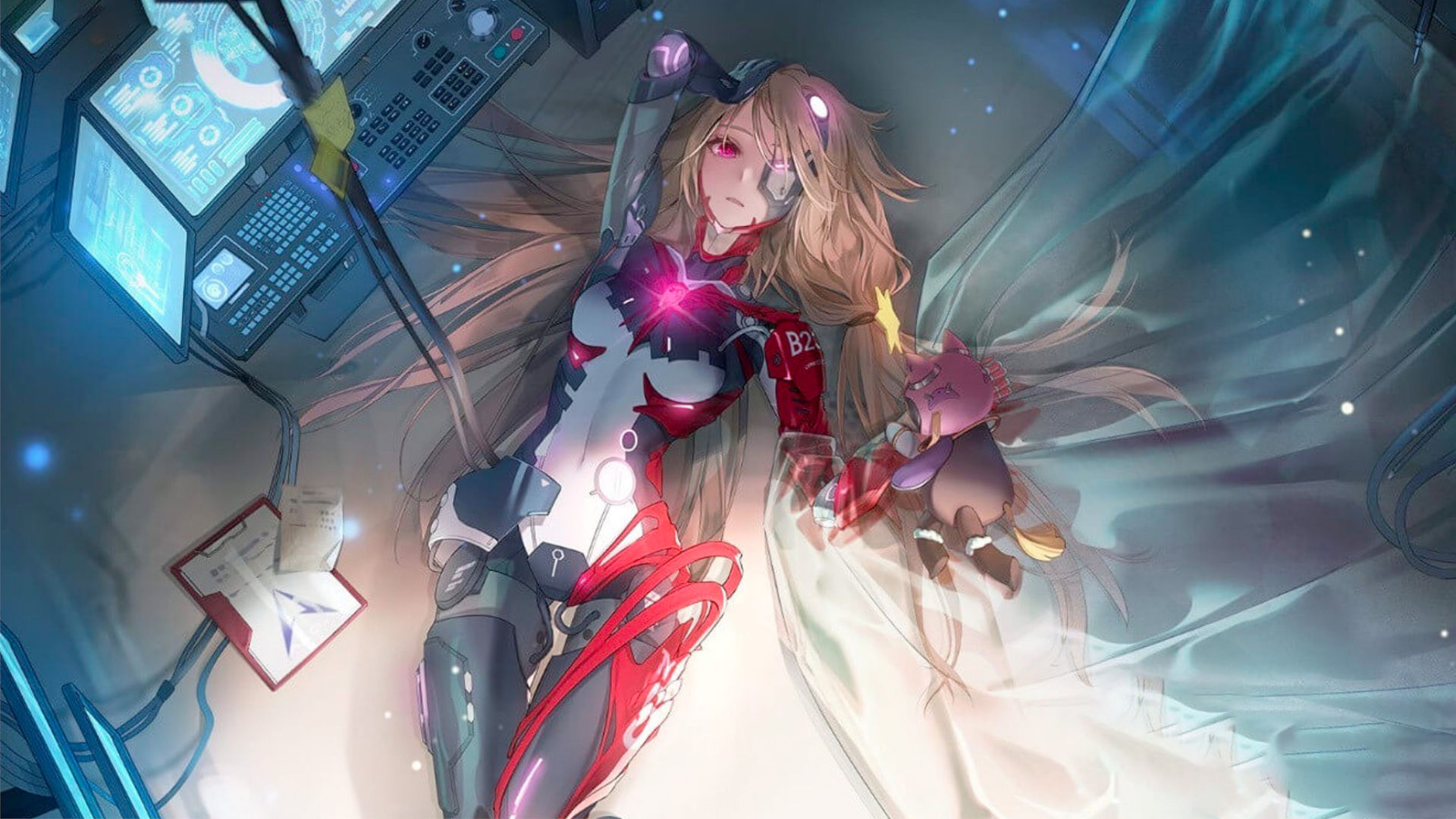 Who is Tower of Fantasy’s Nemesis?

After her suppressor failed, Nemesis suffered mutation, almost turning into an aberrant. Before she could fully succumb to her affliction, the Heirs of Aida stepped in. Through their modifications, Nemesis became an Angel of Clemency. She’s usually a quiet and introverted girl, but she becomes a merciless killing machine when under the mind control of the Heirs of Aida’s leader, Sage.

Nemesis is an SSR Simulacra who wields volt dual pistols called Venus. She excels at healing, and is an extremely powerful healer sub-DPS with great utility, making her a formidable unit in both PvE and PvP gameplay.

Nemesis is Tower of Fantasy’s first limited Simulacra. This means that she’s not available to pull through the standard choice weapons banners using gold or black nucleus, and you can only get her through her time-limited Forgiveness and Rebirth rate-up banner, using red nucleus.

The Forgiveness and Rebirth banner runs until August 31, and, during this time, she has an increased drop rate. After this banner finishes, we’re not sure when she’ll be available again, though she’ll likely have a rerun in the future.

To find out more about drop rates, pity, and current and upcoming limited banners, check out our Tower of Fantasy banners guide.

Nemesis unlocks the weapon Venus, which is a set of pistols that deal volt damage. It’s categorised as a support weapon due to its powerful healing chain skill, which you activate by dodging. The healing chain heals both you and nearby allies continuously and can be stacked up to five times, though changing weapons cancels the effect. In addition to Venus’ powerful healing capabilities, it also dishes out heaps of damage, which has quickly seen Nemesis dominate SS ranks in both our overall and PvP Tower of Fantasy tier list.

Venus offers great utility through its magnetic field which slows enemies in range, reducing their movement speed and attack speed by 35%. It also spawns electrodes which attack every 1.5 seconds and grants you five stacks of healing chain enhancement, further enhancing its support capabilities. Overall, Venus is an extremely powerful weapon capable of both healing and dishing out DPS, making it a great support sub-DPS hybrid. 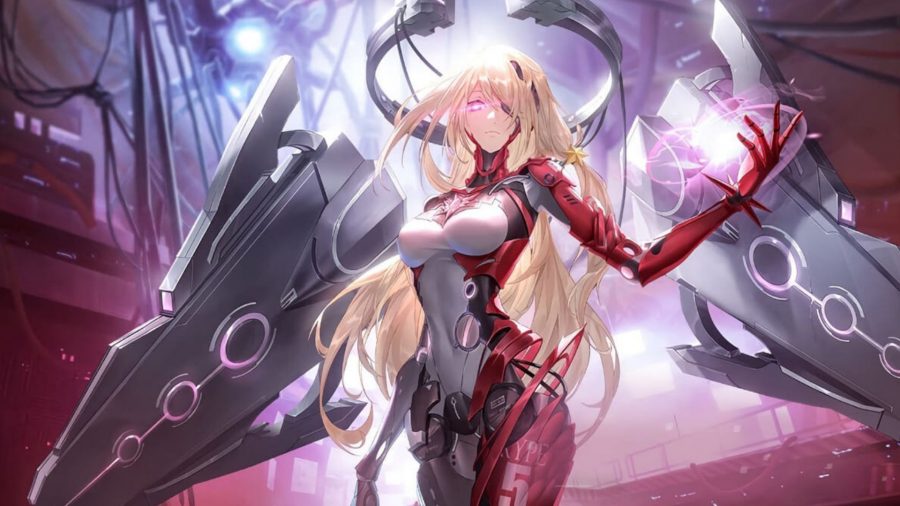 Below, we’ve listed all of the main stats for Nemesis’ weapon, Venus. These are the weapon’s base stats before levelling it up or equipping it with any matrices.

The shatter ranking relates to how quickly Venus can break enemy shields, whereas the charge ranking shows how quickly the weapon gains charge.

Here are each of Tower of Fantasy Nemesis’ skills and attacks. Note that this is based on Venus’ level one stats, and the damage, heals, and buffs increase as you level up the weapon. 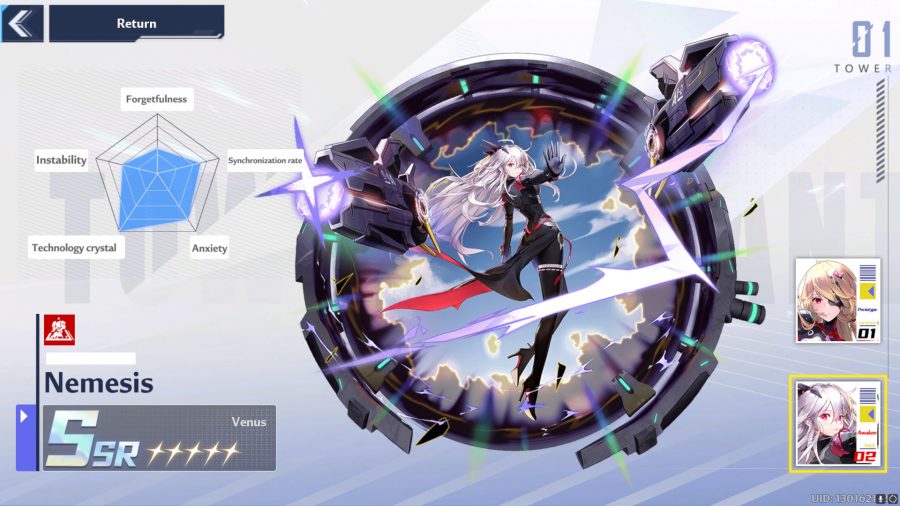 You can advance Tower of Fantasy weapons by using their corresponding fusion cores, which you obtain by getting more than one copy of a character. For most SSR and SR weapons, you can purchase these through the Commissary’s weapon store. However, as Nemesis is a limited character, her weapon is currently unavailable through this process.

For now, the only way to get advancement stars for Nemesis’ weapon is by pulling another copy of her on the banner, or by purchasing her from the Limited Store with Flame Gold during her banner’s run.

Here are all the bonuses you gain from each of Nemesis’ advancement stars.

You also gain a special skin for Nemesis upon reaching three advancement stars, as seen above. 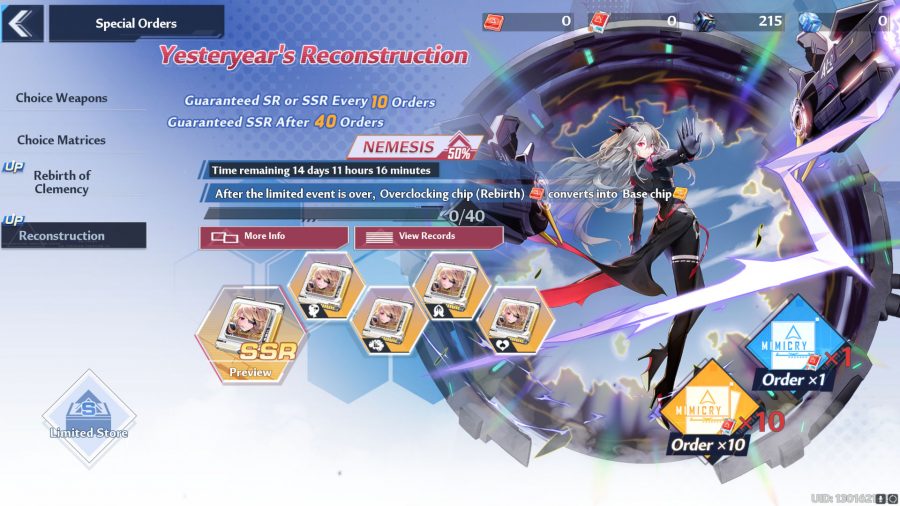 What is the best Tower of Fantasy Nemesis matrix set?

As with most SR and SSR characters, Nemesis has her own matrix set designed to perfectly complement her kit. You can obtain them through the Yesteryear’s Reconstruction matrix banner, or purchase them through the Limited Store with overclocking chips (rebirth) or flame gold (rebirth). 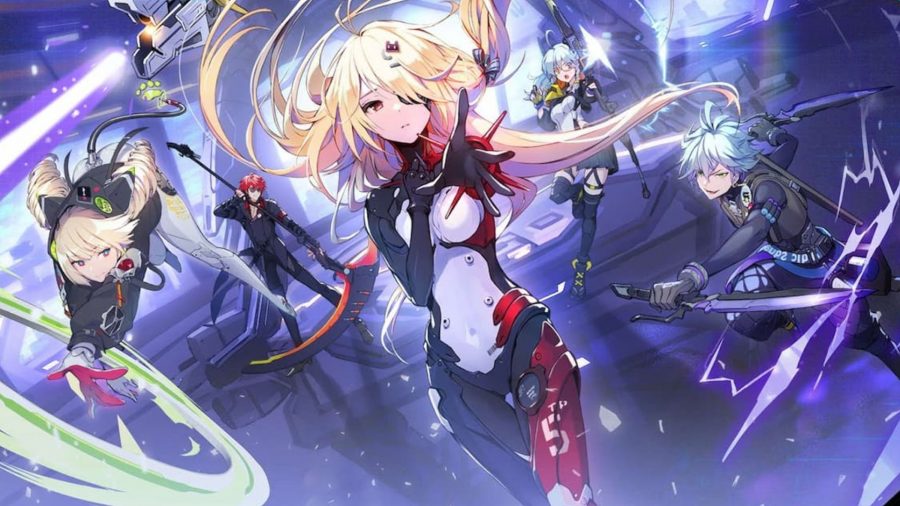 When planning out a weapon lineup, Nemesis’ Venus fits the utility and support role, and should be paired with two high damage weapons. Due to its middling shatter score, we recommend pairing Venus with King’s Scythe of the Crow, which excels at shieldbreaking and burst damage, and applies great DoT with its flame type.

In King and Nemesis teams, adding another DPS-type weapon like Samir or Tsubasa offers you plenty of damage potential, along with the attack resonance effect, which gives you increased final damage.

Alternatively, you could replace King’s scythe with Meryl’s Rosy Edge for shieldbreaking capabilities and keep a main DPS in the other slot to reap the benefits of the balance weapon resonance effect, which offers increased final damage, damage reduction, shatter, and healing effects.

When picking gifts for Nemesis, keep in mind that her favourite tags are toys, decorations, and everyday items. We’ve listed all her favourite gifts below, along with their rarity, the number of awakening points you get from giving them to her, and where to get them from. You can also check out our Tower of Fantasy gifts guide to find out more about the gift of giving. 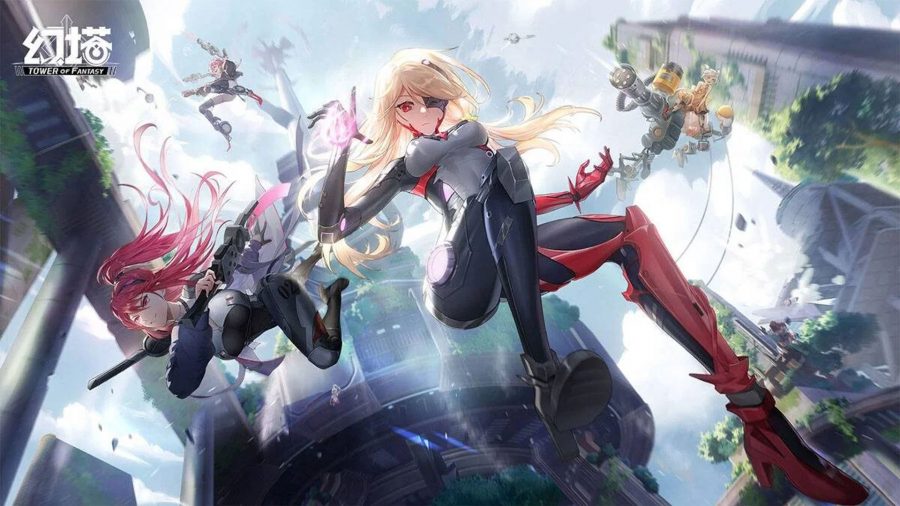 Giving Nemesis her preferred gifts as listed above increases her awakening progress. After reaching specific awakening point milestones, you unlock a variety of bonuses called recollection rewards, including unique logs that unveil more about her character, avatars, and unique traits.

Here are all of Nemesis’ recollection rewards:

Who is Tower of Fantasy Nemesis’ voice actor?

Nemesis’ English voice actor is Suzie Yeung, who you may recognise from one of her many appearances in anime and videogames, including Genshin Impact’s Eula, Nina Deforges from Star Ocean: The Divine Force, Live A Live’s Lei Kugo, and Jojo’s Bizarre Adventure: Stone Ocean’s Miraschon, among many others.

Nemesis’ Japanese voice actor is Haruka Tomatsu, who also has a huge filmography under her belt, having voiced Persona 5’s Haru, Sword Art Online’s Asuna, Xuan Zang from Dragalia Lost, and a bunch of other iconic characters.

That’s it for our Tower of Fantasy Nemesis build. If you’re on the hunt for a fresh world to explore, head over to our list of the best games like Genshin Impact and set off on a new adventure today.