He wears a red jacket and has a ponytail, all while wielding a red sword that glows blue. Many fans saw this sword and thought it resembles Shulk’s Monado from the original Xenoblade Chronicles, but it’s just a continuation of one of the series’ traditions. Anyway, you can find out about Xenoblade Chronicles 3 Noah down below.

Let’s get into the nitty gritty bits. 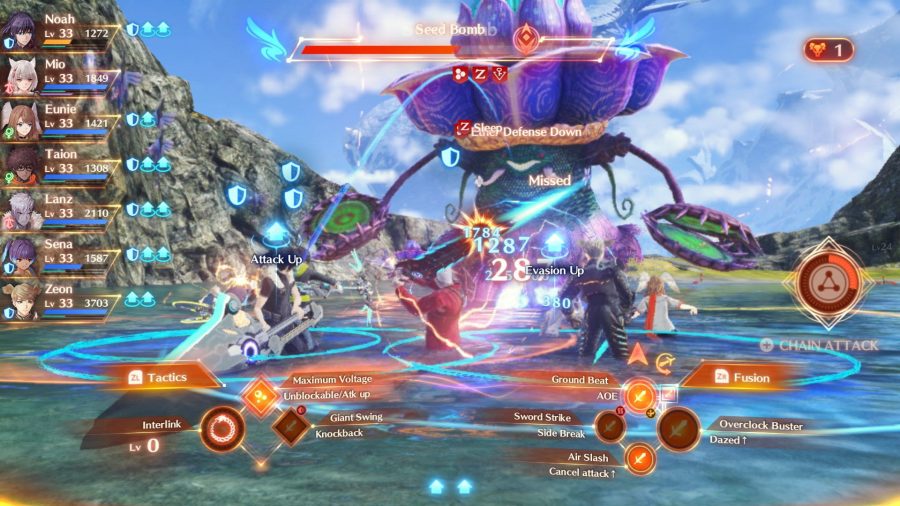 Who is Xenoblade Chronicles 3’s Noah?

XC3’s Noah is a soldier of Keves alongside Lanz and Eunie. He seems to be a typical protagonist, longing for a more peaceful world. As he says himself in a trailer during the direct, “we’ll build it for ourselves, a world with the freedom to choose.” A bleeding-heart optimist? Maybe.

He seems to have a special connection to Mio. Not just in the fact that they can both interlink to a more powerful form known as Ouroboros, but also on a personal level. They are the two main protagonists after all, but only time will tell what their relationship truly is.

This quest to build a world with the freedom to choose is his hero’s journey. All manner of things are bound to happen to him, but it seems likely that Xenoblade Chronicles 3’s Noah, Mio, and the rest of the gang, are here to save the day. We’ll just have to wait and see.

All of the Xenoblade Chronicles 3 characters have a different role during a battle. For example, XC3’s Noah is an attacker at first but this changes depending on his class. You can change his class from the attacker class of swordfighter to any other class he’s spent time with, so he’s not stuck to one role in battle. You can find out more in our Xenoblade Chronicles 3 classes guide.

XC3’s Noah can also use the power of Ouroboros by interlinking. This brings two characters together into one, namely Noah and Mio in this case. You can find out more in our Xenoblade Chronicles 3 Ouroboros guide. When interlinked, they can use these arts with Noah as the leader:

That’s all we’ve got for Xenoblade Chronicles 3’s Noah, at least for now. For more, check out our Fire Emblem Warriors: Three Hopes review to see if it’s the musou mashup of your dreams.