If, like me, you grew up in the 90s, then among all the merch adorned with plumbers, hedgehogs, turtles, and the occasional interplanetary mice on automobiles, was a strange little round yellow fella who just loved to eat ghosts. If you stumbled across this ancient building known as an “arcade” then you might even be rewarded with a giant box, that housed one of the best games ever made.

There’s a reason Pac-Man has endured, and that’s because the core gameplay is still absolutely cracking when played today. Racing around a neon labyrinth, eating dots, and running away from the undead, only to turn the tables and decimate those foul spectres, I might be over-egging it, but it really does still work. So, you might want to know how to play Pac-Man on Switch and mobile.

The plucky puck is still absolutely everywhere, and any person who wants to get into the series is going to be spoiled for choice. Not only are there myriad ways to play the classic titles that fans know and love, but some exciting interpretations take the well-trodden formula into areas unknown. It turns out there’s a lot you can do with this formula, and we couldn’t be happier about it! Meanwhile, for even more great guides, check out our articles covering the best games like Stardew Valley, and the best games like Dark Souls.

Alright readers, let’s put a coin in the cabinet of knowledge, chase through the labyrinth of learning, and then devour the ghosts of information otherwise known as our How to play Pac-Man on Switch and mobile guide. 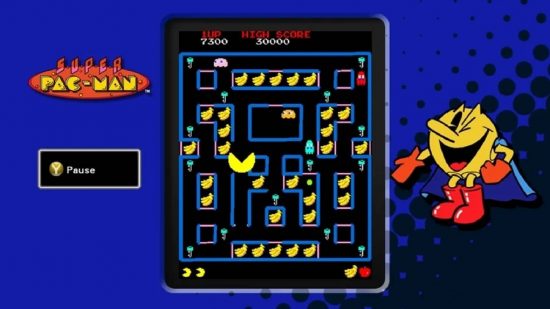 Well, you should always start at the beginning. The wonderfully curated Pac-Man Museum+ features a litany of legendary titles from the franchise’s history, from the arcade games that started it all, to some of the earlier console entries like Super Pac-Man, Pac-Land, and Pac-In-Time. It also features a customisable arcade area, which players can decorate with furniture, wallpaper, and miniature arcade machines to their heart’s content. It’s a true love letter to fans, and a fantastic way to learn about games that started it all. 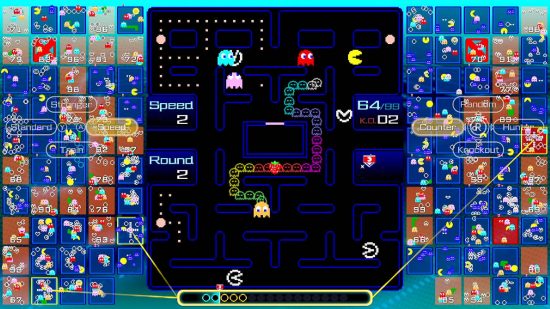 Alright, what if you know the original game all too well? Then we can recommend Pac-Man 99, a heated multiplayer version of the arcade original that pits you against 98 other players in a battle royale. 99 players all play Pac-Man at the same time, but your actions affect the players around you, filling their screen with extra obstacles when you’re doing well, and vice-versa. It adds an extra thrill to the original formula while adding some nice visual flourishes, not to mention it’s free to download and play for any members of Nintendo Switch Online. If you already have access to the service, you have to give this one a try. 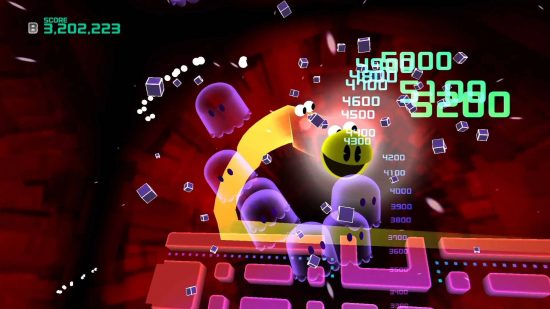 Have you ever asked yourself the question, what if the original Pac-Man looked like a Tron-esque fever dream and kicked my butt? Well, weird question, but funnily enough we have the answer. Pac-Man Championship Edition 2 Plus is a snappily named title that takes what works about Pac-Man but supercharges every element to deliver an exhilarating entry that constantly surprises and delights. We’re talking about multiplayer, gigantic bosses, wild new levels, and some crazy new gameplay flourishes. If you think you know Pac-Man, think again. 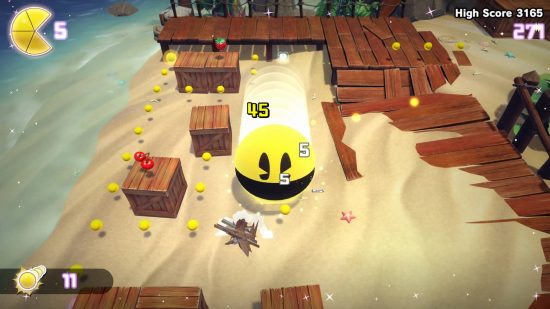 There was a while in the 90s and 00s that every iconic character simply had to get a platformer, as was the style of the time. Well, Pac-Man definitely got in on that action, but the unique take on the series surprised fans with some well-designed levels and a few fairly memorable bosses to boot. It might not have aged as well as games like Crash or Spyro, but there is a lot to love here for longtime fans, and you can read all about it in our full Pac-Man World Re-Pac review. 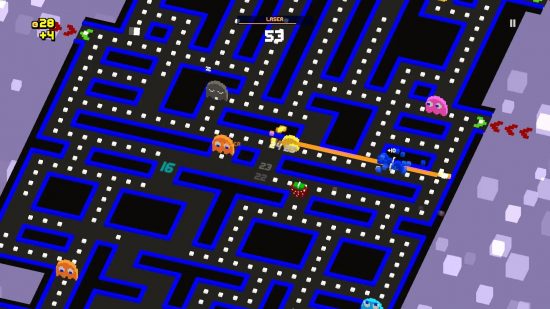 For mobile players, the interesting experiment known as Pac-Man 256 is actually a wild entry in the franchise, that changes a lot more than you might think. An endless runner imbued with the classic Pac gameplay, players must escape the encroaching bugs in a virtual world, 256 tests your skills and your reflexes with intense and interesting changes to the formula. Plus you can pretty much play it forever but it works in short bursts, so this is a really good game to pick up for five minutes whenever you get a chance. Download Pac-Man 256 for free from the iOS app store, or from the android Google Play store. 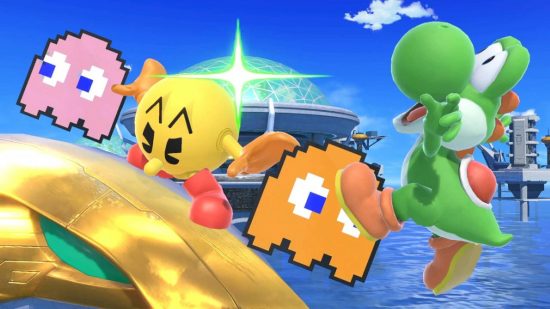 Not content with just appearing in his own games, the star power of Pac-Man is so bright, that he’s managed to sneak into the world’s biggest fighting game. Super Smash Bros Ultimate is a celebration of gaming’s history, and frankly, that party wouldn’t feel right without Pac-Man. It might be weird to see him throwing punches, but he actually has a fun move set with some arcade flourishes that both respects his history while still kicking butt. A surprise to be sure, but a good one. 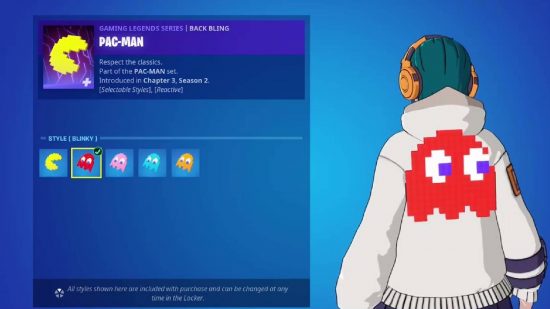 Another game that celebrates gaming as a whole, Fortnite has everything from Star Wars to Street Fighter, with a new collaboration seemingly announced every five minutes. While there aren’t any skins, which is a real shame because I’d love to see Ms Pac-Man holding a shotgun, there are quite a few fun accessories like emotes and back bling which celebrate the history of Pac-Man. If you want to celebrate a solo win by making Goku sit down and play a quick game of Pac-Man, well, we live in a world where that can happen, and it rules.

Well there you have it, folks, hopefully, this satiates your hunger like Pac-Man at a ghost buffet. If you need even more great guides we have you covered though, so be sure to read our articles on the best games like Pokémon on Switch.