Sonic Frontiers pre-orders are now available from a number of different online retailers, and following the release of the latest trailer, fans are now starting to get pretty excited about the game. It looks as though it has the potential to be the next big Sonic game.

So what else do we know about the game, before you get your Sonic Frontiers pre-orders? Well, it’s going to be the first in the Sonic series to have a large open world for Sonic to explore as he pleases. At the same time though, the game will include levels set within “Cyber Space” which offer a similar type of gameplay to that seen in previous 3D Sonic games, with the locations drawing from Sonic’s memories.

Additionally, we’ve also seen that this game features a mysterious new villain, who appears to resemble a feminine human. On top of that, we know that Amy Rose is going to appear in the game, because a trailer showed her trapped within some kind of device. We don’t know who else is going to show up in the game, but we bet that at least Tails will be in it, and we’ll probably find out that Eggman is somehow involved with this new villain too.

Unlike a lot of modern games, there’s only going to be one physical edition of Sonic Frontiers. On top of that, there’ll also be a Digital Deluxe edition, and if you shop in GameStop, you’ll also  be able to get a Steelbook editon. Either way, here’s a break down of what you’ll get. 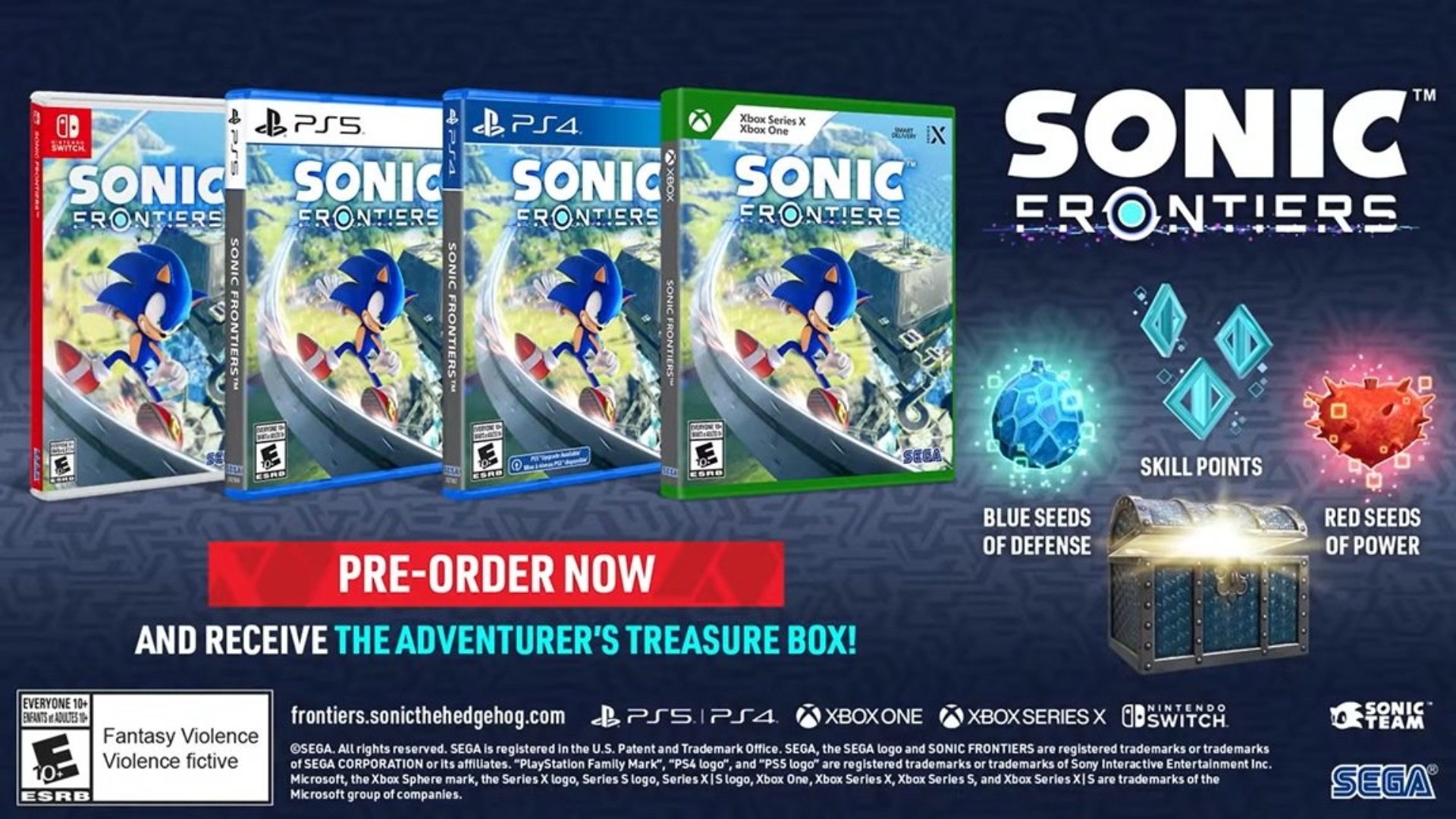 If you do decide to dive in and pre-order Sonic Frontiers, you’ll be treated to the Adventurer’s Treasure Box, which contains a selection of nifty in-game bonuses:

These don’t appear to be exclusive items, but rather things that you can use to make Sonic a little more super (without actually turning him into Super Sonic, of course). In this broad, open world style of game, items that let you enhance your character can be very handy, because they can make those difficult early days in the game a lot easier. 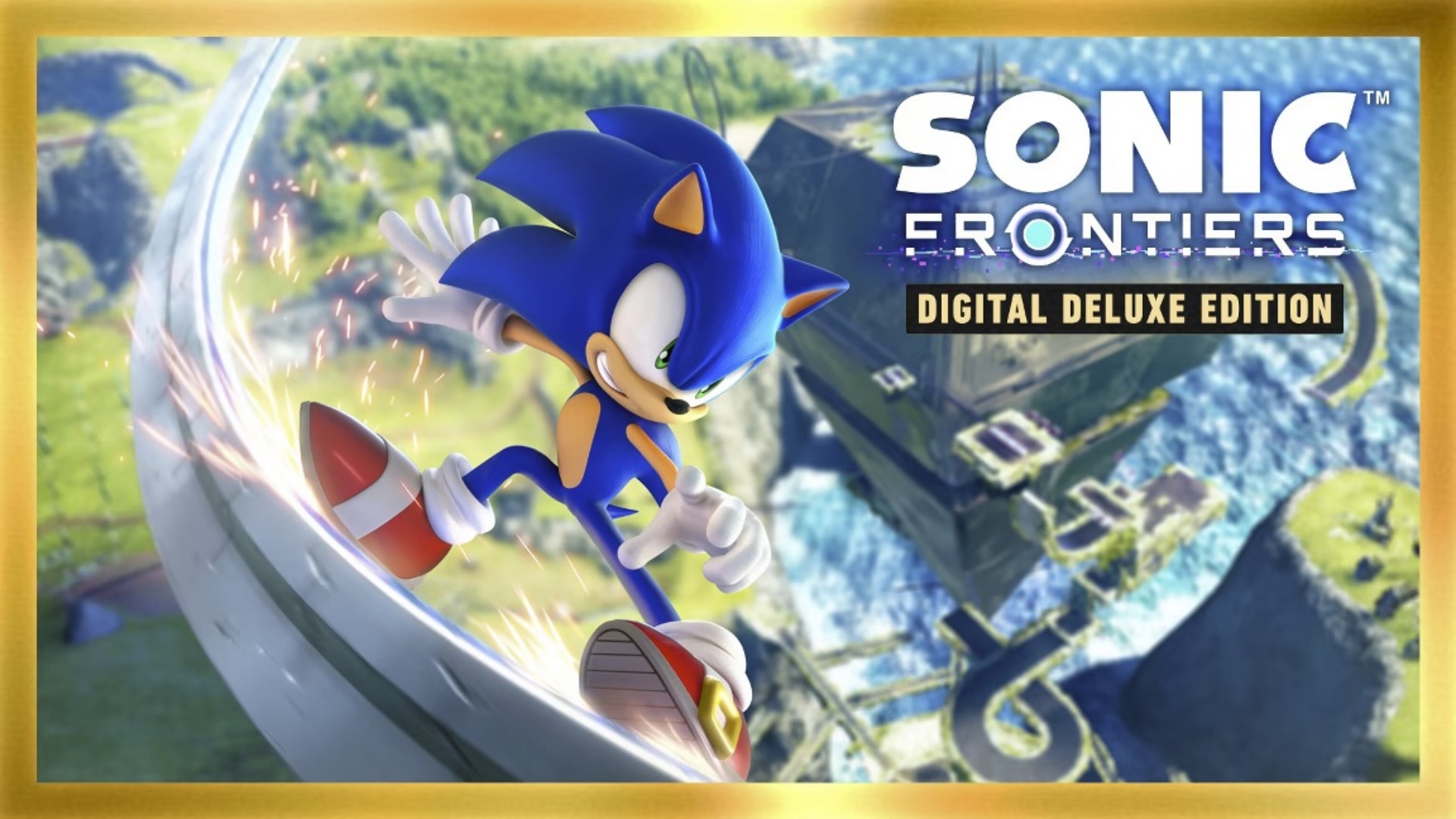 If you’re not fussed about getting the game physically, and you want the most comprehensive package possible, then you may be drawn to the Digital Deluxe Edition, which comes with both the Adventurer’s Treasure Box (detailed above) and the Explorer’s Treasure Box, which contains:

Which is a tasty selection of extra bonuses. You also get a digital art book which will give you an insight into the creative process that went into the game.

What to play before Sonic Frontiers

The Sonic Frontiers release date is November 8 2022, and if that’s too long for you to wait, you might want to grab one of Sonic’s earlier games and take that for a spin in the interim. We recommend Sonic Forces, the previous main instalment in the series, which is good fun, usually pretty cheap these days, and short enough that you’ll easily complete it before Frontiers comes out. Any one of the follow games would be a good choice though:

Check out our guide on the best Sonic games for some Sonic-related recommendations. You can also check out our Sonic Speed Simulator codes guide, if you fancy trying out Sonic’s free Roblox game.