Many different Skyrim races the wide-spanning continent of Tamriel, each with their own unique history, traits, and proficiencies. From the arcane affinities of the Altmer, to the powerful combat capabilities of Nord warriors, each have their place in the game’s intricate world. As such, choosing the right class to fit your race of choice has a big impact on the tide of your tale.

So let’s take a look at each of the races, along with a brief overview of how they fit into Skyrim’s lore and what roles they are most adept at. Then, take a look at our list of the best Skyrim maps, so you can traverse Tamriel at ease, or our Skyrim houses guide, so you have somewhere to lay your head after a long day of being the Dragonborn. 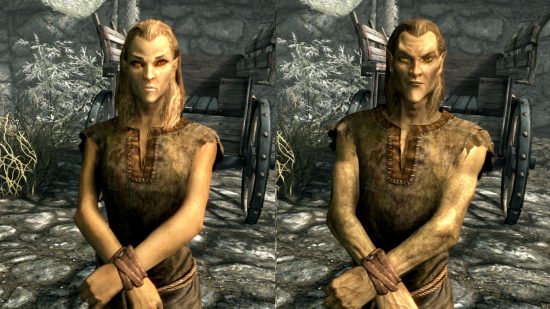 Originating from their homeland of Summerset Isle, Altmer are High Elves and are the most gifted in the arcane arts of all the Skyrim races. They’re best suited to mage-based classes due to their magical affinities and ability to call upon their highborne power to regenerate magika quickly. 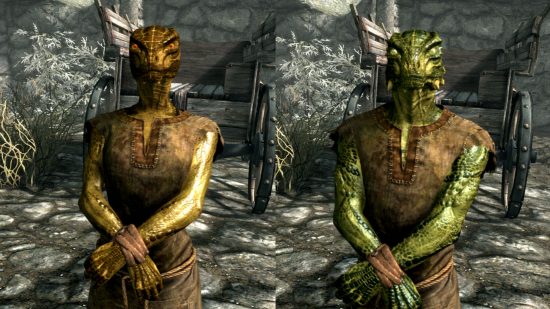 As reptilian humanoids, the Argonians have scaled skin, a natural resistance to disease, and the ability to breathe underwater, making them well-suited to their homeland in the treacherous swamps of Black Marsh. In addition, they have increased sneak and lockpick skills, making them a brilliant fit for the thief class. 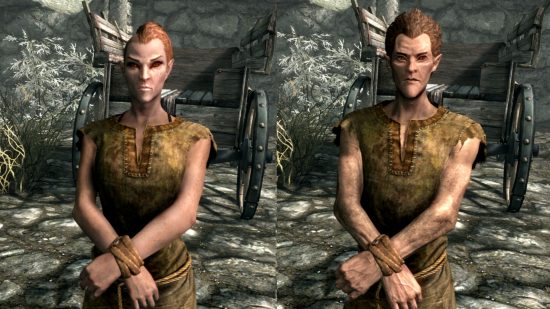 The elven people of Valenwood, Bosmers (more commonly known as wood elves), prefer a simple existence, living in harmony with the flora and fauna around them. They have the ability to command wild creatures, and are known to be the best archers in all of Tamriel. Their increased stealth and light footing makes them a great fit for scout or thief roles. 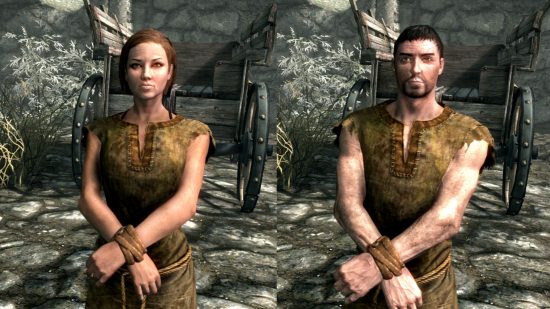 Descended from humans and elves, Bretons are talented mages who populate the province of High Rock. They’re generally very intelligent, are well known for their proficiency in abstract thinking, and have high resistance to magic. 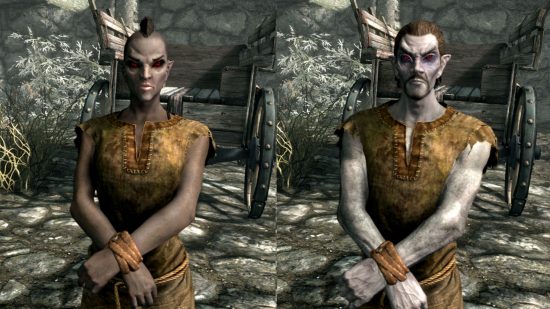 Dunmer are grey-skinned elven folk, often referred to as dark elves, who hail from Morrowind. Following the eruption of Red Mountain, many Dunmer fled to Skyrim, where they’ve since experienced extreme prejudice and racism. However, through their wits and strong resolve, many Dunmer have found a place in the northern parts of Tamriel, proving themselves to be skilled mages and merchants. 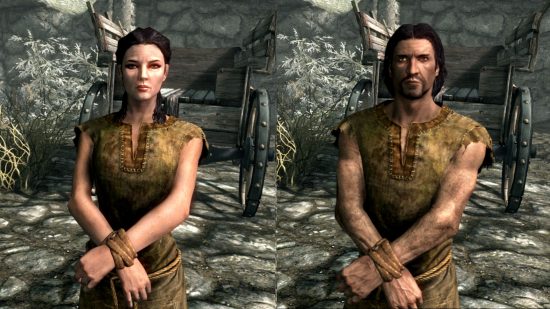 Well-educated, eloquent, and wealthy, the Imperials are natives of Cyrodil, and have dominated Tamriel for over two thousand years. They’re well known for their discipline and vast, well-trained citizen armies. They have a balanced skillset and, as such, are a versatile race well-suited for hybrid and custom classes. 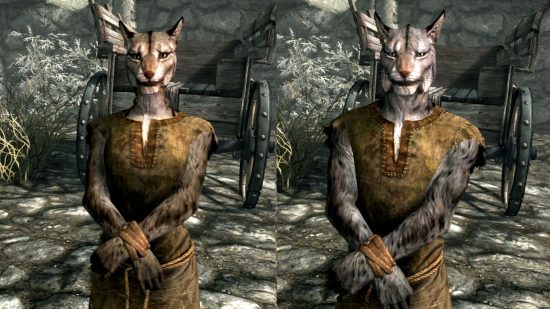 A beast race like the Argonians, Khajiit have a feline-like appearance, often facing racism and a negative public image as a result. They’re the rarest race in Skyrim, and are usually only found in small caravans of their kin. Khajiits excel in stealth roles due to their special abilities and high sneak level, making them excellent archers, thieves, and assassins. 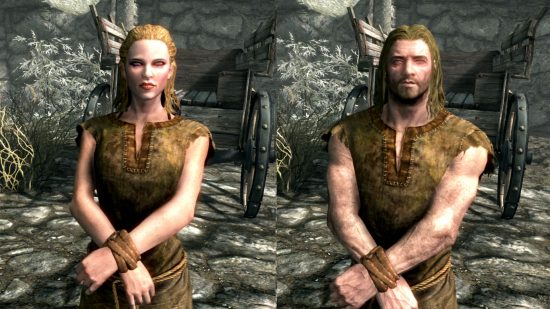 Known for their incredible resistance to cold and frost, the Nords are tall, fair-haired humans with pale skin. They originate from Atmora, but were led to Skyrim by Ysgramor. They specialise in one-handed and two-handed weapons, benefit from light armour, and their battle cry makes enemies flee for 30 seconds, making them a strong choice for melee combat roles such as warrior, barbarian, or scout. 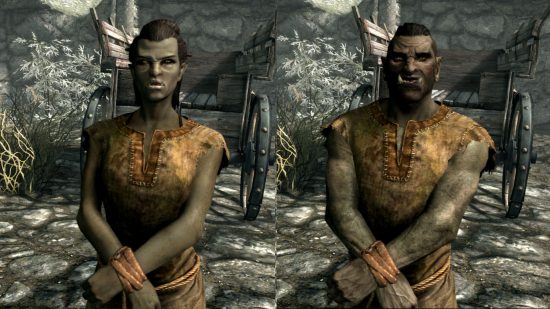 Native to the Wrothgarian and Dragontail mountains, Orsimer, more commonly known as orcs, are powerful fighters. There’s some contention over whether the Orsimer are a variant of elves, or another race of beastfolk like Khajiits and Argonians. Their skills and stats make them extremely strong warriors, best suited to heavy armour and tank or blademaster roles. 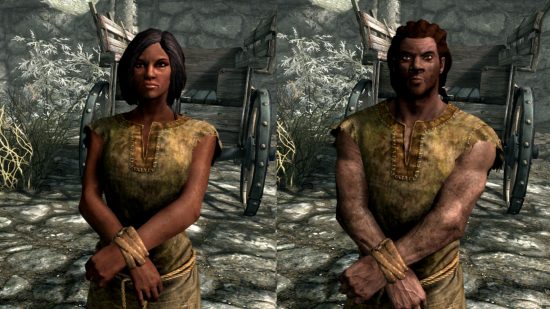 The Redguards hail from the deserts of Hammerfell, and are the descendants of a long line of warriors and mystic seers. Excelling in the handling of sword and shield, they’re adept at defensive combat and have a natural resistance to poison. They also have a stronger grip on the magic arts than other warriors like Nords or Orsimer.

And that’s all of the Skyrim races. If you’re looking for someone to accompany you on your adventures, check out our Skyrim followers, Skyrim Serana, and Skyrim Lydia guides. Or, for a change of pace, head over to our complete Pokédex, featuring every ‘mon you can manage.