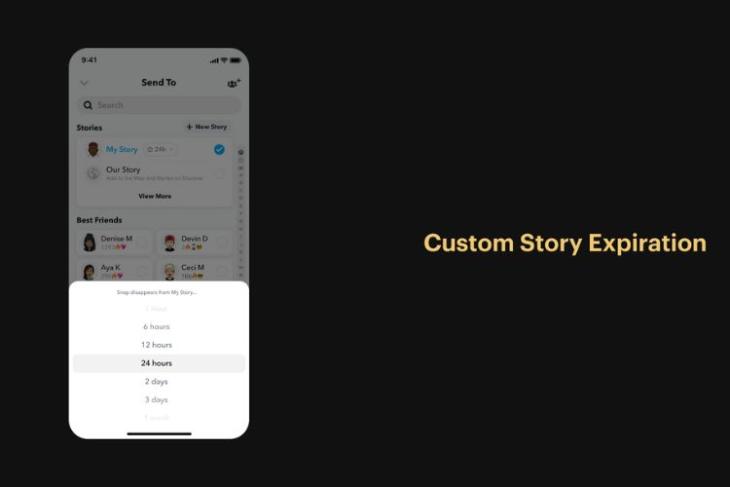 Snapchat has introduced a few new features for Snapchat Plus subscribers. One prominent of them is the ability to post a Snapchat Story for up to a week, which sort of contradicts the whole purpose of a vanishing story.

The new Custom Story Expiration feature will allow you to set a time limit for Stories. This can be for an hour and go up to a week. Up until now, Snapchat Stories existed for only 24 hours. With this new ability, people will be able to keep a particular story, say about an event, alive for up to 7 days so that there’s more engagement.

While this takes away the essence of Snapchat, which is the disappearing nature of photos and videos, it might prove to be interesting for many. Do let us know how you feel about the new feature. To remind you, this is just for the paid users as of now.

Then comes the Custom Notification Sounds for users, which allows you to have different notification tones for different people. This is similar to how you can set a different name for people on Snapchat.

Another feature is the Camera Color Borders, which will let you set a different-colored border around Snapchat’s camera UI and this will glow each time you take a new picture or video. Snapchat also has a little something to celebrate Halloween. There are three new Halloween-inspired Bitmoji Backgrounds to get the Halloween vibe on your Snapchat profile.

The new Snapchat+ features are now available for subscribers. The subscription starts at Rs 49 a month. To know more about Snapchat+, read our explainer article on the same!