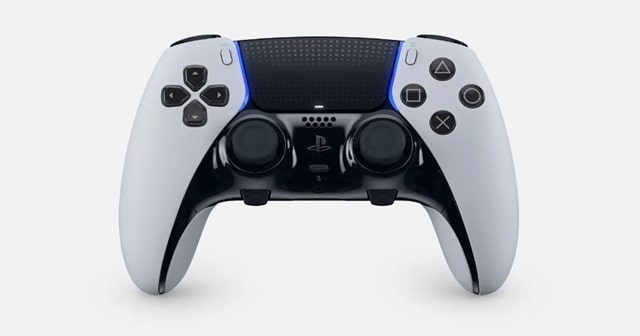 Just a day after PlayStation confirmed the launch period of its VR2, Sony now unveiled a pro version of its DualSense controller for PS5.

Named the DualSense Edge wireless controller, this new joystick can be deeply customized on both software and hardware fronts. Some include the ability the remap and disable buttons and also create profiles with different controller settings. On hardware, it allows replacing the back buttons and stick modules.

A New Controller For PS5

Sony is already exciting the community with new titles, collaborations, and even more, movie plans lately. Adding to this, we had seen various social handles of PlayStation confirming the launch of VR2 early next year.

Now, we have yet another product announcement – a new game controller for PS5. Named as the DualSense Edge wireless controller, this lets players customize their joystick to the core – offering them unparalleled flexibility in gaming on PS5.

Starting up, the DualSense Edge wireless controller allows users to remap or deactivate specific buttons, and also the ability to adjust the sensitivity, plus dial the dead zones can. Further, the triggers are also adjustable, allowing users to adjust travel distance and dead zones.

What’s best is the support for saving all these customized settings within the controller, as per profiles! So next time you’re playing a specific game, you can easily pull out the pre-set controls you had set for it specifically. This is also useful if you’re sharing your DualSense Edge controller with multiple players with different tastes.

Further, there’s a dedicated function (Fn) button to allow you quick access to settings like controller profiles, game volume, chat, and more. Aside from these, there are a handful of features on the hardware side, too – like the ability to swap caps for the left and right sticks to three different types.

Also, users can replace the back buttons and even the stick modules – which will be sold separately. Finally, it comes with a USB Type-C cable to lock into the controller, so it won’t come loose during intense gameplay.

Aside from these, the new DualSense Edge wireless controller will have all the regular features of its standard counterpart – DualSense controller – like the haptic feedback, adaptive triggers, built-in microphone, motion controls, etc.

It even comes with a carrying case to hold all the items in one place properly and be charged through the USB within the case. Though Sony mentioned any specific launch date or price, it said to share more details regarding this new controller in the coming months.