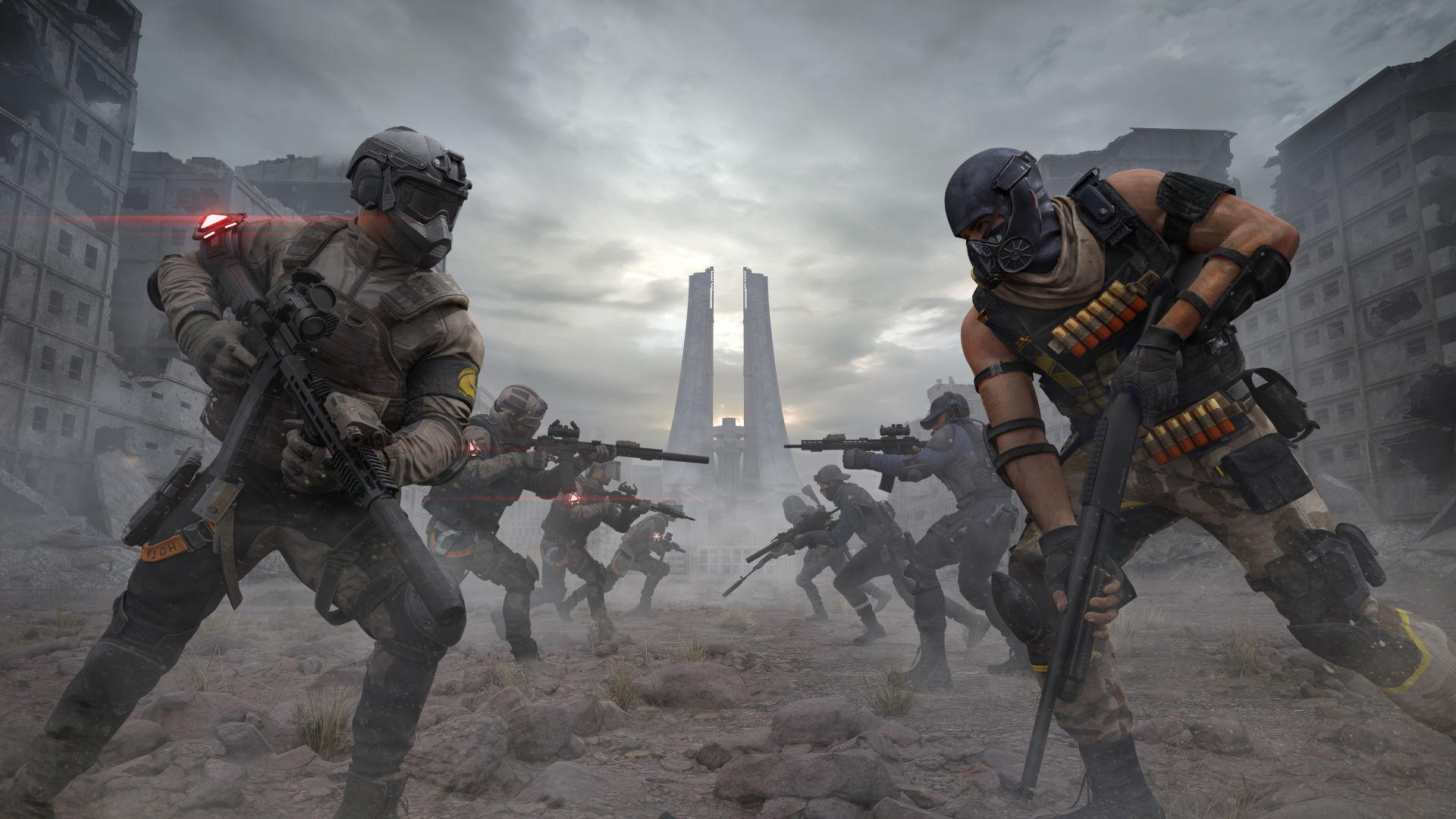 Typically, survival shooters have been the domain of console and PC players, but NetEase Games is looking to change that with the launch of their new survival shooter MMO, Lost Light.

With the graphical advances mobile games have made in recent years, gamers can now enjoy console-quality experiences on the go. And Lost Light looks to be at the forefront of the mobile gaming scene, having already attracted more than four million players in its first beta and ranking among the top 30 free games on Google Play multiple times.

This upcoming title looks to tap into the appeal of games like The Division, but in a portable package. Set in a post-apocalyptic world, players find themselves in City T, a bustling metropolis turned ghost town. As a member of the Firefly vanguard – a vigilante group tasked with restoring peace to the city – you’ll venture into the deadly exclusion zone and face other players in a chaotic survival shooter. Let’s take a closer look at what that will entail.

To survive and secure the best loot, you’ll need solid tactics and nerves of steel. There’s a huge arsenal of modern weaponry at your disposal, but combat isn’t always the way forward. Stealth plays a huge part in Lost Light. You can choose to remain in the shadows and take down enemies silently, or avoid killing entirely. As long as you make it to an extraction point, you can escape with your loot – but with bigger risks come bigger rewards.

If you do choose to avoid combat entirely, you’ll miss out on some fantastic shooter combat. As mentioned, there are a wide variety of guns that players can get their hands on, each with 12 modifiable parts that can change the feel of firing, affecting recoil, fire rate, and more. You’ll need to upgrade your weapons and think tactically about your position if you want to defeat your opponents. Furthermore, you’ll need steady aim if you want to come out on top in a firefight. Equip your weapon with a scope for greater accuracy and pick your shots carefully – you don’t want to give away your position for nothing.

If you do find yourself in a sticky position, Lost Light has a unique feature that can help you regain the upper hand. While many games allow you to team up with other players in certain modes, Lost Light offers a unique spin on the feature, allowing you to team up with other players while already in-game. If you find another player who has been downed and is in need of healing, you can decide to team up with that player, adding an extra set of eyes and ears to your war effort. You can also commission a player to revive you when you are downed – but they could decide to simply kill you and steal your loot instead.

Of course, location and terrain will also play a big role in your tactics. There are several different types of environments contained within City T. In addition to traditional urban streets, you’ll find factories, harbours, forests, and more. To survive, you’ll have to tailor your tactics to each different environment, and explore every corner of the map to uncover the secrets of the city.

After the battle, retreat to the safety of the abandoned subway tunnels which provide shelter between excursions. Here, you can stash your loot, and upgrade your small corner of the world into a full-blown stronghold. Lost Light has a player-driven economy, so sell your surplus items and trade wisely to get the most out of your spoils.

While here, you can also customise your loadouts and outfit yourself with gear, ready to head back into the fray. You can use the money you make from selling your spoils to buy better weapons and equipment, using a variety of parts and materials to create your perfect loadout to give you an advantage over the other players you’ll face.

Lost Light has just started its global launch, if you want to sign up to the Firefly task force, you can download Lost Light for free right now on mobile & PC. And yes, the game supports cross-play, so you can team up with your pals regardless of whether they play on iOS, Android, or PC. For players who want to get even more out of the experience, there is a premium membership that you can purchase to get access to even more goodies.