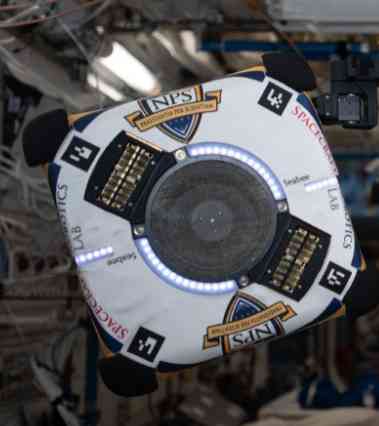 The Expedition 67 crew boarded the International Space Station today and were busy preparing the free-flight robot, preparing samples for return, and transporting cargo.

NASA Flight His engineer Kjell Lindgren set up his Astrobee free-flying robot for a student robotics competition. For the competition, a student creates software to control his one of the station’s free-flying Astrobee robots. The finalist will have his NASA download the code to his Astrobee platform and observe its performance.

NASA flight his engineer Bob Hines prepared and photographed samples his return for his Genes in Space-9 study evaluating how cell-free technology could be used in microgravity. proceeded. This technology could provide a portable, low-resource, low-cost tool with medical and surveillance applications for future space missions.

NASA Flight His engineer Jessica Watkins, who is testing a technology to remove carbon dioxide from the station’s air, continues to purge and collect carbon dioxide samples from his Amine scrubber. ESA (European Space Agency) flight engineer Samantha Cristoforetti spent time with students talking about life in space and other space-related topics. Watkins and Cristoforetti worked together to transport cargo from the SpaceX CRS-25 Dragon spacecraft.

On the Russian side of the station, Roscosmos’ Oleg Artemyev and cosmonaut Denis Matveyev were tasked with locating, photographing and storing equipment and tools during meetings with experts. Cosmonaut Sergei Korsakov spent time replacing the carbon monoxide filter and gas analyzer sensor.