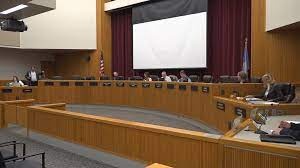 The second reading of an ordinance prohibiting the sale of alcohol at marijuana shops was adopted by Rapid City’s Legal & Finance Committee on Wednesday.

The additional time, according to Joel Landeen, director of the Rapid City Attorney’s Office, would provide proprietors more time to produce before their licence expires.

But is the law prohibiting alcohol at dispensaries still relevant given that legalising recreational marijuana was defeated in the most recent election?

On Monday, the full council will hear the ordinance’s final reading. If accepted, it would become effective 30 days after being published.

Sure, there are still dispensaries, Landeen replied. We have received one application for an alcohol licence at a medical dispensary, in fact. Thus, it would still be applicable.