Tower of Fantasy’s Tsubasa is a carefree, spirited young woman sure to shoot an arrow through your heart with her adorable nature, cute design, and unbeatable archery skills. Her bow, Icewind Arrow, is a powerful weapon that offers great range, ice damage, and AoE capabilities, making her a valuable asset in most combat situations.

So, if you’re looking for a top Tower of Fantasy Tsubasa build, you’re in the right place. In this guide we take an in-depth look at Icewind Arrow’s attacks, advancement, best matrices and more. We also go over ToF Tsubasa’s banner, best build, team comps, gifts, and more, so you’ll be a true icewind expert in no time.

Who is Tower of Fantasy’s Tsubasa?

Tower of Fantasy’s Tsubasa is a free spirit who does whatever she wants, and goes wherever she wants to go. She has a vibrant and energetic personality, making it easy for her to make friends, however she’s never been tied down, and doesn’t seem to belong anywhere in particular.

Tsubasa is an SSR Simulacra who wields an ice bow called Icewind Arrow. She’s a brilliant archer, who has the power of gravity and wind on her side. 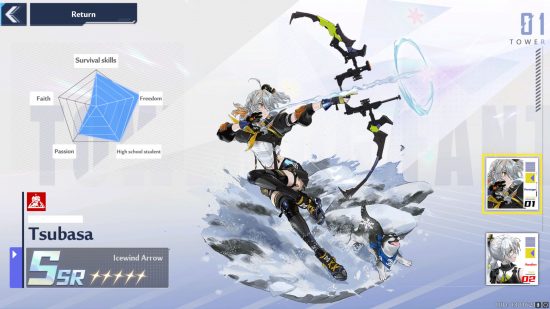 What is Tower of Fantasy Tsubasa’s banner?

Tsubasa and her weapon, Icewind Arrow, is one of the SSR Simulacra always available on all weapon banners. This means you can pull her on the Weapons Galore black and gold nucleus banners, or on the limited banner if you don’t pull the featured weapon.

Tsubasa’s Icewind Arrow is a great ranged DPS option that dishes out great damage, especially at its first advancement star. It offers great AoE attacks, and is capable of freezing and slowing enemies, allowing you or your teammates to come in and finish them off. She does suffer from a mediocre shatter rating, but her charge rate is the highest among the damage class weapons.

As such, Tsubasa is a great DPS or sub-DPS, best combined with a powerful, high shatter-rate DPS in order to make the most of her great utility. Her charged attack also allows you to aim and shoot down airborne enemies, or snipe bosses from a distance, which gives you the opportunity to stay at a safe distance from large enemy AoEs. As a result, she’s a great option in most combat situations, and is highly compatible with other weapons.

What are Tower of Fantasy Tsubasa’s weapon stats?

Here, we list all the main stats for Tsubasa’s weapon, Icewind Arrow. These are the weapon’s base stats before you level it up or equip it with any matrices.

The shatter ranking dictates how quickly Icewind Arrow can break enemy shields, whereas the charge rate shows how quickly the weapon gains charge. 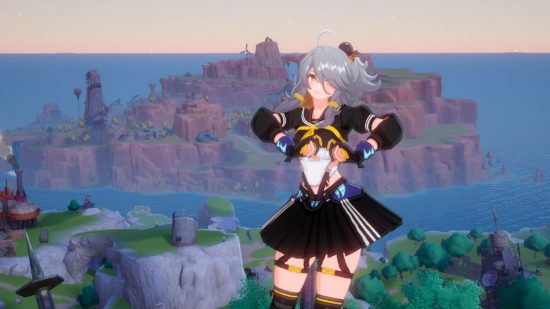 What are Tower of Fantasy Tsubasa’s attacks and skills?

Here are each of Tower of Fantasy Tsubasa’s skills and attacks. Note that this is based on Icewind Arrow’s level one stats, which increase as you level up the weapon. 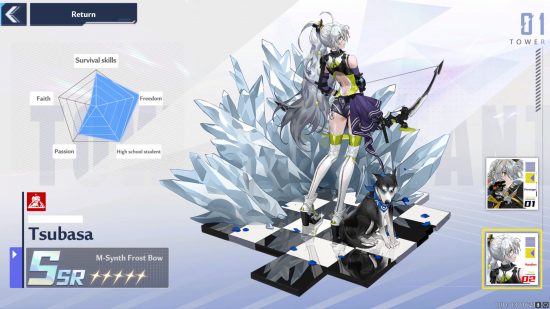 You can advance Tower of Fantasy weapons by using their corresponding fusion cores, which you get by collecting more than one copy of a character. After you get your first copy of Tsubasa and her Icewind Arrow, you can purchase another copy through the Commissary’s weapon store for 120 black gold. Alternatively, you can get a duplicate of Tsubasa by pulling on the banner, but, of course, this is entirely up to RNG.

Advancing your weapons by spending fusion cores and gold unlocks special bonuses. Here are all of the bonuses you gain from unlocking each of Tsubasa’s advancement stars.

As with all SR and SSR Simulacra, Tsubasa has her own matrix set designed around her kit, which is always the best choice if available, as it specifically buffs her damage after landing a headshot or using her piercing shot attack. Using two pieces of SSR Samir’s set is also a good idea, as Tsubasa has a quick fire rate, and as such can easily reap the benefits of the buggs.

However, both of these sets are SSR, meaning they can be tricky to get your paws on. If you’re looking for an easier to obtain SR set, Hilda’s matrices are great, as they offer a similar bonus to Tsubasa’s two piece set. Alternatively, for an R-rank set you can use until you get something better, you can go with Functional Dash, which gives you a decent frost damage buff. Check out our Tower of Fantasy matrices guide for more info.

Here are the best Tower of Fantasy Tsubasa matrices. 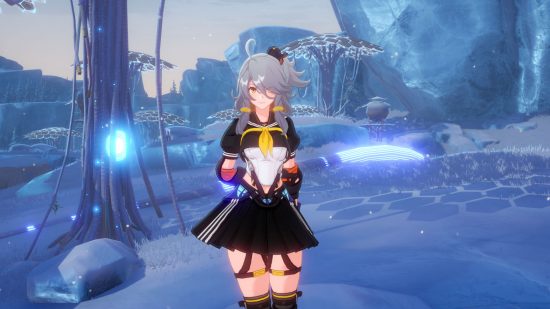 What are Tower of Fantasy Tsubasa’s upgrade materials?

What are the best Tower of Fantasy Tsubasa team comps?

As mentioned above, Tsubasa is a strong DPS with amazing range, and her ice damage offers some great utility. However, she suffers from a low shatter rate, meaning it’s pretty tough to break shields with her alone. As such, for an attack-focused team, we recommend pairing her with Tower of Fantasy’s King. King’s Scythe of the Crow has extremely high shatter value, and dishes out heaps of AoE damage. This lineup also allows you to switch between close quarters and ranged combat, meaning you’re prepared for most situations.

For the third slot in the King and Tsubasa lineup, it’s a good plan to bring a healer for self-sustain. Tower of Fantasy’s Nemesis is a great option due to her high healing rate and her healthy damage output, but, if you don’t have her, Cocoritter’s Absolute Zero is also a great choice, especially at advancement star one. With Cocoritter and Tsubasa’s ice application, you can also control enemies well.

In PVP play, a team pairing Tsubasa with Nemesis and Cocoritter is a great option. You gain the benediction bonus and, in conjunction with two extremely strong healers, you’re topping your health up constantly. This line up also offers plenty of range, meaning you can kite your opponent, chipping them down as you keep yourself at a safe distance. For a slightly different take on this team comp, you can switch Cocoritter or Nemesis out for Tower of Fantasy’s Zero, who offers a tanky shield and healing packs at advancement star one.

What are the best Tower of Fantasy Tsubasa gifts?

When looking for gifts for sharp-shooting Tsubasa, remember that her favourite tags are figurines, limited store items, and rare items. We’ve listed all her favourite gifts below, along with their rarity, the number of awakening points they give, and where to get them from. Head over to our Tower of Fantasy gifts guide to find out more. 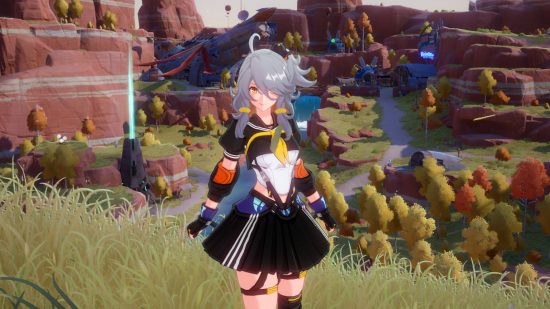 What are Tower of Fantasy Tsubasa’s awakening rewards?

Keep in mind that you can use a Simulacra’s unlocked trait without taking on their appearance by toggling the ‘use Simulacra trait’ switch underneath them on the Simulacra selection page.

Who is Tower of Fantasy Tsubasa’s voice actor?

Tower of Fantasy Tsubasa’s English voice actor is Amber Lee Connors, who has previously voiced many notable characters including Chica from Five Nights at Freddy’s, Pieck Finger from Attack on Titan, Roselia and Shirley Orlando from The Legend of Heroes: Trails of Cold Steel IV, and a bunch of characters from Smite.

Tsubasa’s Japanese voice actor is Konomi Kohara, who also has an impressive resume, having voiced Genshin Impact’s Mona, Fire Emblem Heroes’ Reginn, Chika Fujiwara from Kaguya-Sama: Love is War, and Hanako Kamado from Demon Slayer: Kimetsu no Yaiba, among many others.