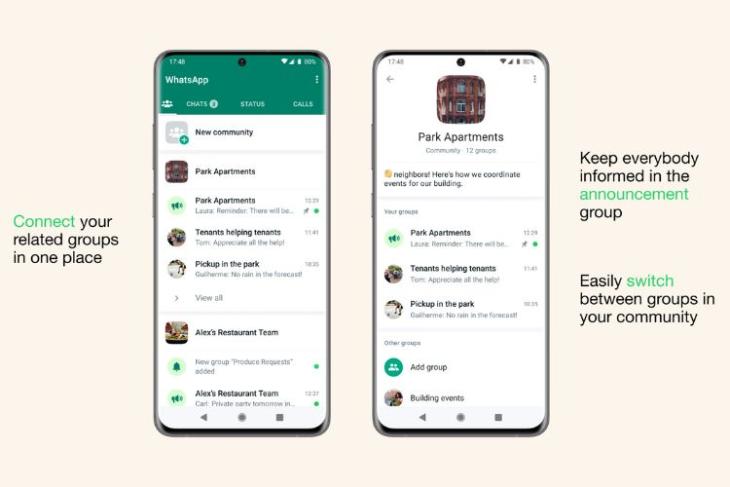 Back in April, WhatsApp introduced Communities for people to have multiple sub-groups and manage them with ease in one place. The feature, after being in testing for some time, has now officially started rolling out to people globally.

WhatsApp has revealed that the Communities have started rolling out globally and should reach all Android and iOS users in the coming months. There will be a dedicated Communities section on the WhatsApp app to access all group chats. On Android, it will be placed at the top, while iOS will house the option at the bottom.

Communities will allow people to have multiple groups of common interests and put them in one place created in a “structure that works for them.” This will specifically work for school groups, office groups, and much more.

Most importantly, WhatsApp Communities are end-to-end encrypted, much like other chats and even Statuses on Meta’s messaging platform. It’s also similar to Facebook Groups and even Slack, except, WhatsApp’s version is based on phone numbers and comes with better security. WhatsApp says that existing groups can come together and form a Community or everything can be done from the scratch. Plus, people will get an invite to enter one.

What’s more, the app now comes with the ability to add up to 32 people to a group video call and create in-group polls, something that was being tested earlier. WhatsApp groups will now be able to hold up to 1,024 members, which was also being tested until last month. These features are also for Communities.

Furthermore, Other features like emoji reactions, the ability to share large files, and the admin’s power to delete messages for others will also be available for WhatsApp Communities.