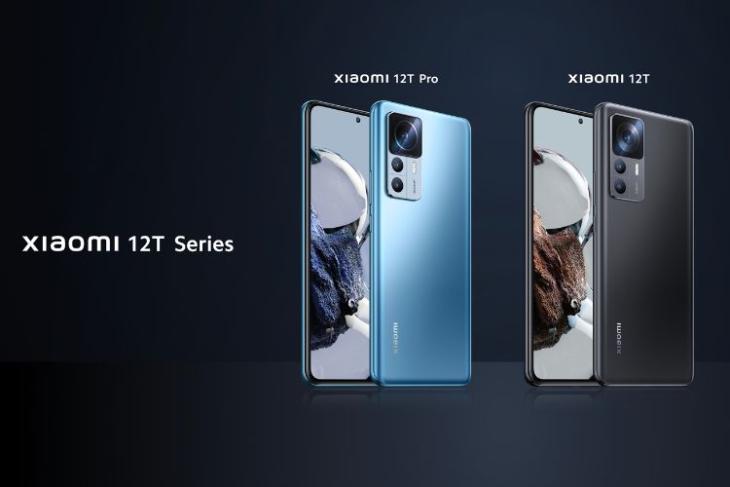 First up, the Xiaomi 12T series follows the same design aesthetics as the Xiaomi 12 flagship series from earlier last year. The only major difference with this T refresh is that you get a plastic frame as opposed to a metal one here. Also, the curved screen on the Pro variant is now replaced with a flat screen, which is always better if you ask me. So yeah, there has been cost-cutting on the design front.

Xiaomi has baked the same display on both the 12T and 12T Pro. You have a 6.67-inch CrystalRes AMOLED panel with a 120Hz refresh rate, 480Hz touch sampling rate, 2712 x 1220p resolution (> Full-HD+), and Gorilla Glass 5 protection (as opposed to Victus) on top. The display here also supports Dolby Vision and Adaptive HDR technology.

Under the hood, the Xiaomi 12T Pro is powered by the Snapdragon 8+ Gen 1 while the Xiaomi 12T equips the MediaTek Dimensity 8100 Ultra chipset. You also have up to 12GB LPDDR5 RAM on the Pro variant (8GB on the vanilla) and up to 256GB of UFS 3.1 storage onboard. Both the devices run Android 12-based MIUI 13, which is disappointing for phones launching after the official stable release of Android 13.

Moving to the optics, the triple camera setup on the 12T series with one big sensor at the top remains the same in terms of design. But the triple 50MP sensor offering on the Xiaomi 12 Pro has been reduced to a single new large sensor and two downgrades. The Xiaomi 12T Pro comes with a primary 200MP Samsung ISOCELL HP1 sensor (1/1.22-inch sensor with OIS), along with an 8MP ultra-wide-angle lens and a 2MP macro camera.

Additionally, the Xiaomi 12T comes with a primary 108MP Samsung ISOCELL HM6 sensor (with OIS), along with the same 8MP ultra-wide and 2MP macro camera as the Pro variant. The Pro model supports up to 8K@30FPS video recording. Both phones include a 20MP punch-hole selfie camera as well.

As for the battery and charging department is concerned, both the Xiaomi 12T and 12T Pro are on par. Both variants come equipped with a 5,000mAh battery with 120W fast-charging support. It takes only 19 minutes for this HyperCharge tech to juice up the battery from 0% to 100%. You also get dual-stereo speakers tuned by Harman Kardon, 5G dual-SIM, Wi-Fi 6, and Bluetooth 5.2 connectivity.

The Xiaomi 12T series will be available in three color variants – blue, black, and silver. There is no word on whether this lineup will find its way to India or not, but we are hopeful as the Xiaomi 11T series did launch in the country last year.